The Support to Livelihoods of Drought Affected Households and Resilience Building of Vulnerable Groups in Warder and Kebredahar Woredas of Ethiopia’s Somali Region is a joint programme that seeks to stabilize the livelihoods of those threatened by drought and strengthen the resilience of pastoral and agro-pastoral communities to reduce the impact of droughts and climate risks.

The work of the Ethiopia New Way Platform is possible thanks to the efforts of . These resources are pooled and channelled to participating organizations to promote joint action and multi-stakeholder partnerships, making a difference on the ground.

Ethiopia experienced two years of exceptional drought conditions with insufficient rainfall during the 2017 rainy season leading to severe water shortages, catastrophic livestock losses, and failed crops throughout the country. The Somali region of Ethiopia was one of the worst affected areas during the 2017 drought. Although much of this region benefitted from seasonal rains in 2018, irregularities in rainfall coupled with extreme flooding continues to cripple agro-pastoralists and pastoralists who are unable to maintain a basic livelihoods protection threshold. In addition to drought, the Somali region faces other challenges that contribute to sustained humanitarian needs such as above-average food prices, disease outbreaks, youth unemployment, localized inter-communal conflict, and limited access to basic social services, which create an ongoing complex emergency situations.

In response to the current situation and ongoing humanitarian emergency, the Ethiopia New Way Platform was created in 2018 to stabilize the livelihoods of those threatened by drought and strengthen the resilience of pastoral and agro-pastoral communities to reduce the impact of droughts and climate risks in the Warder and Kebredahar woredas (districts) in Ethiopia’s Somali Region. The joint programme incorporates both emergency and resilience building interventions to bridge the short-term response to long-term development.

The overall goal of the Ethiopia New Way Platform is to increase the resiliency of Ethiopian people particularly in disaster prone areas, create more diversified sources of income, and enable people to better prepare, respond to and recover from emergencies and disasters. To achieve this, the Joint Programme is focused on the:

Since community resilience building requires consultation and participation of local beneficiaries, the programme is focused on community participatory planning to ensure that their needs are taken into account and build on their traditional management systems rooted in their indigenous knowledge of how natural ecosystems function and provide services for their livelihood and survival. To this end, the need to preserve and promote indigenous knowledge as well as traditional management systems are at the centre of participatory community action planning aimed at promoting community-owned and driven initiatives as part of the community capacity enhancement.

The joint programme also places a strong emphasis on women and girls, as well as people with disabilities in helping them access livelihoods assets as a means to reduce vulnerabilities to shocks.

The Ethiopia New Way Platform seeks to stabilize the livelihoods of those most threatened by drought and strengthen the resilience of pastoral and agro-pastoral communities to reduce the impact of droughts and climate risks in Warder and Kebredehar Woredas of Ethiopia’s Somali Region. 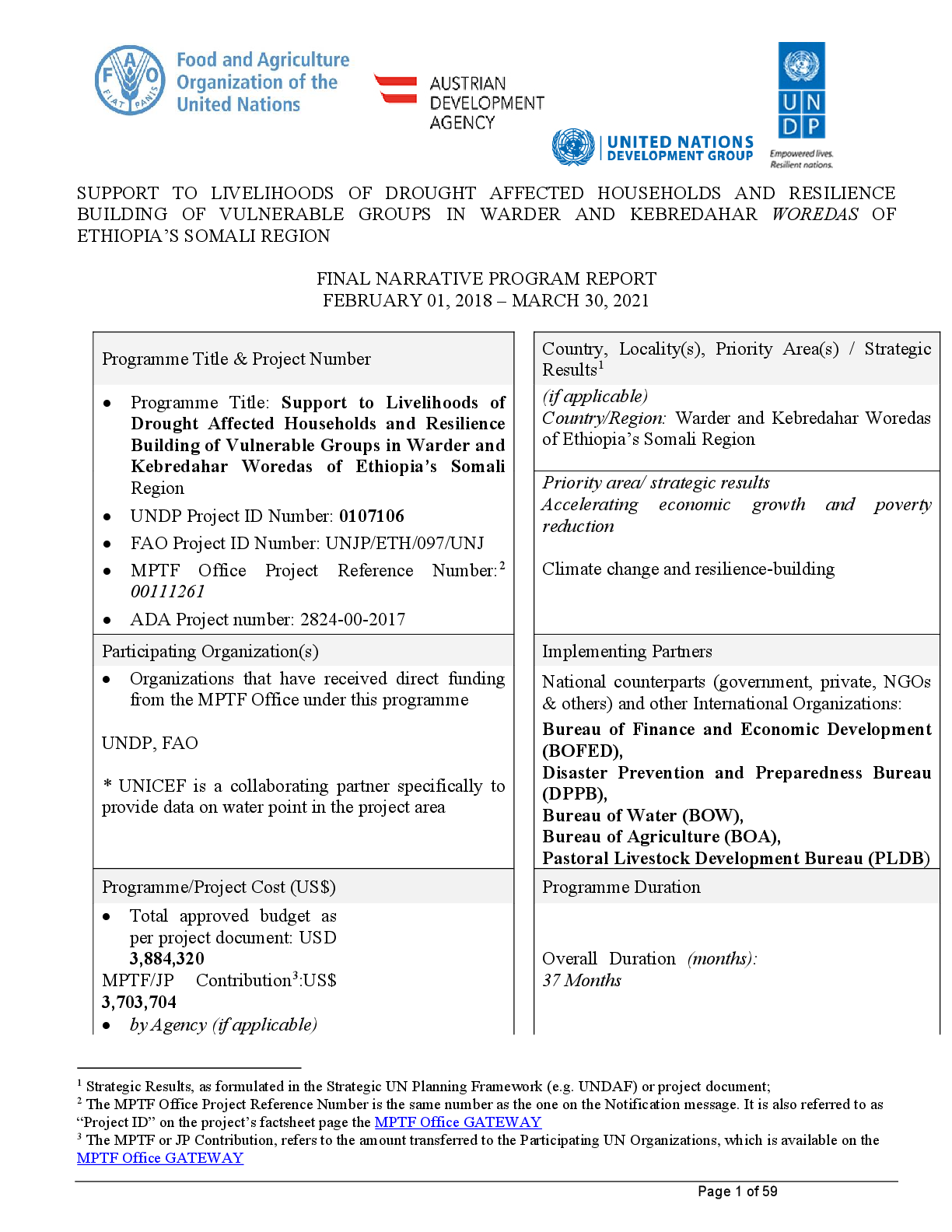 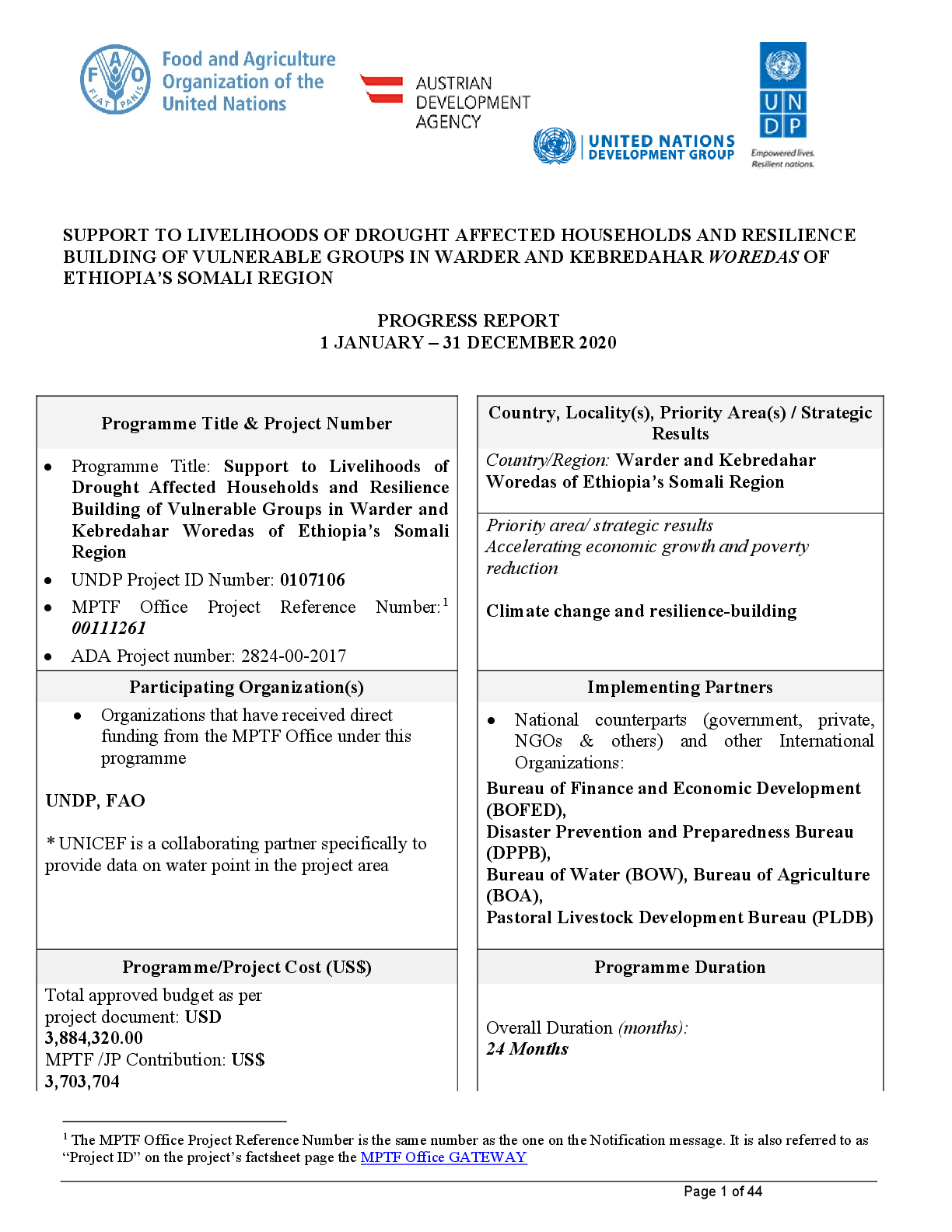 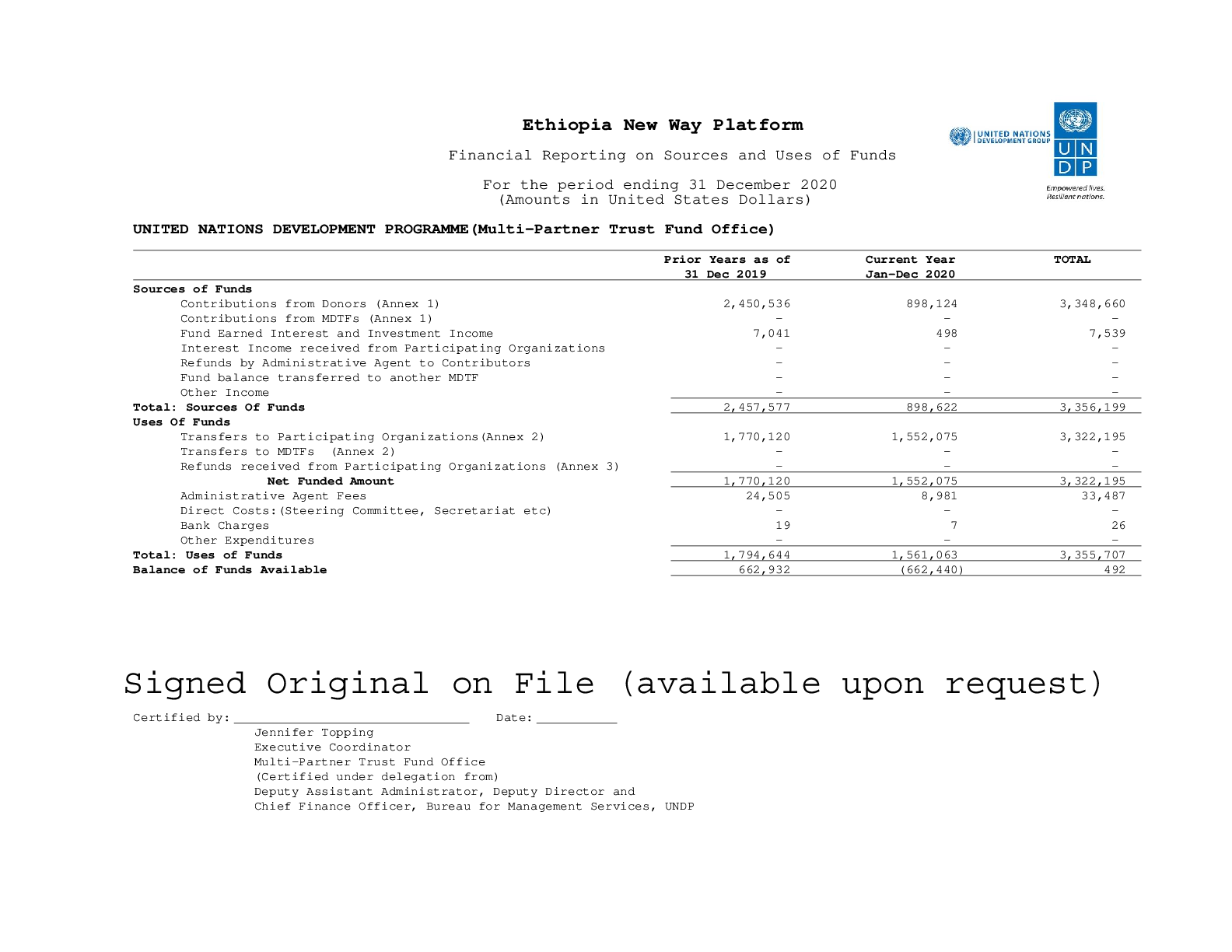 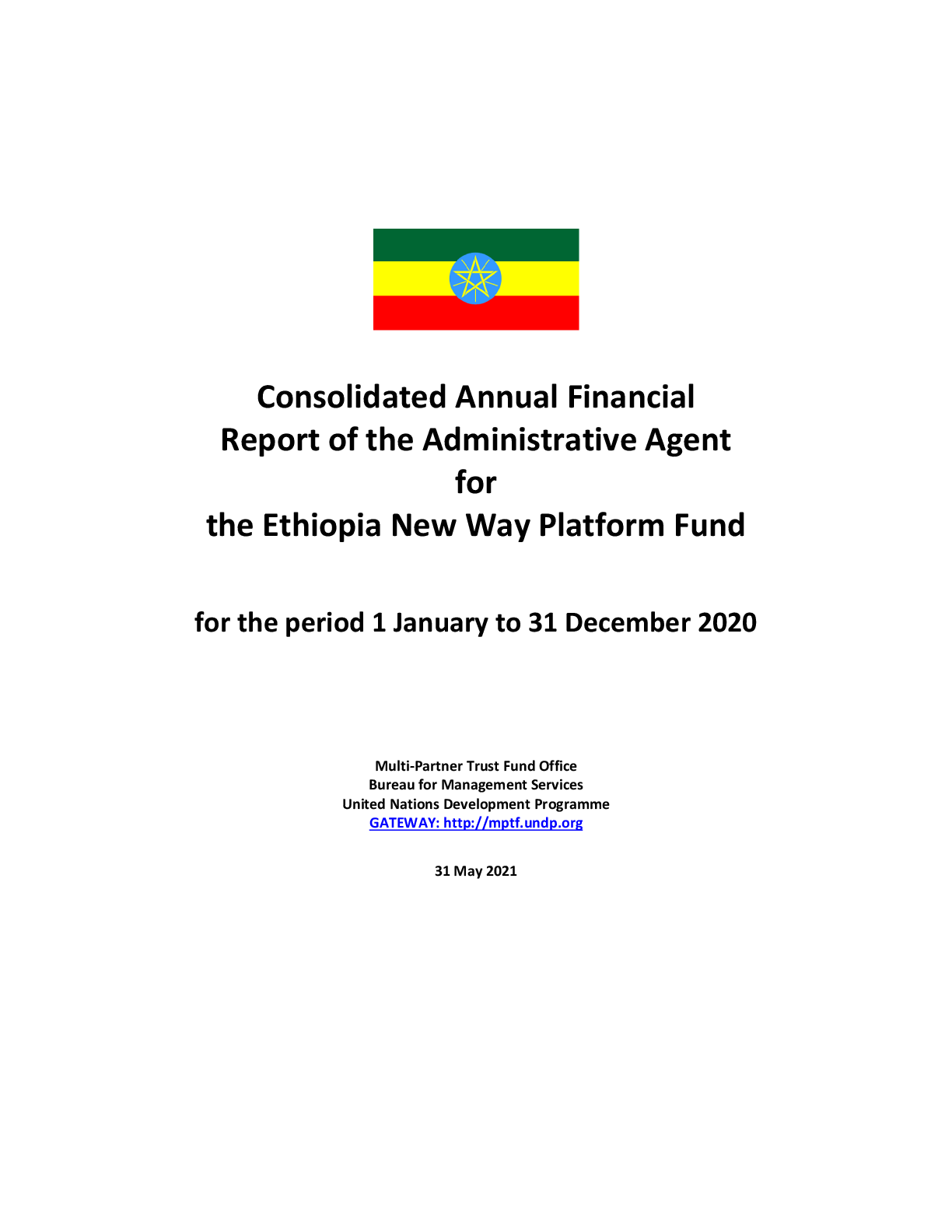 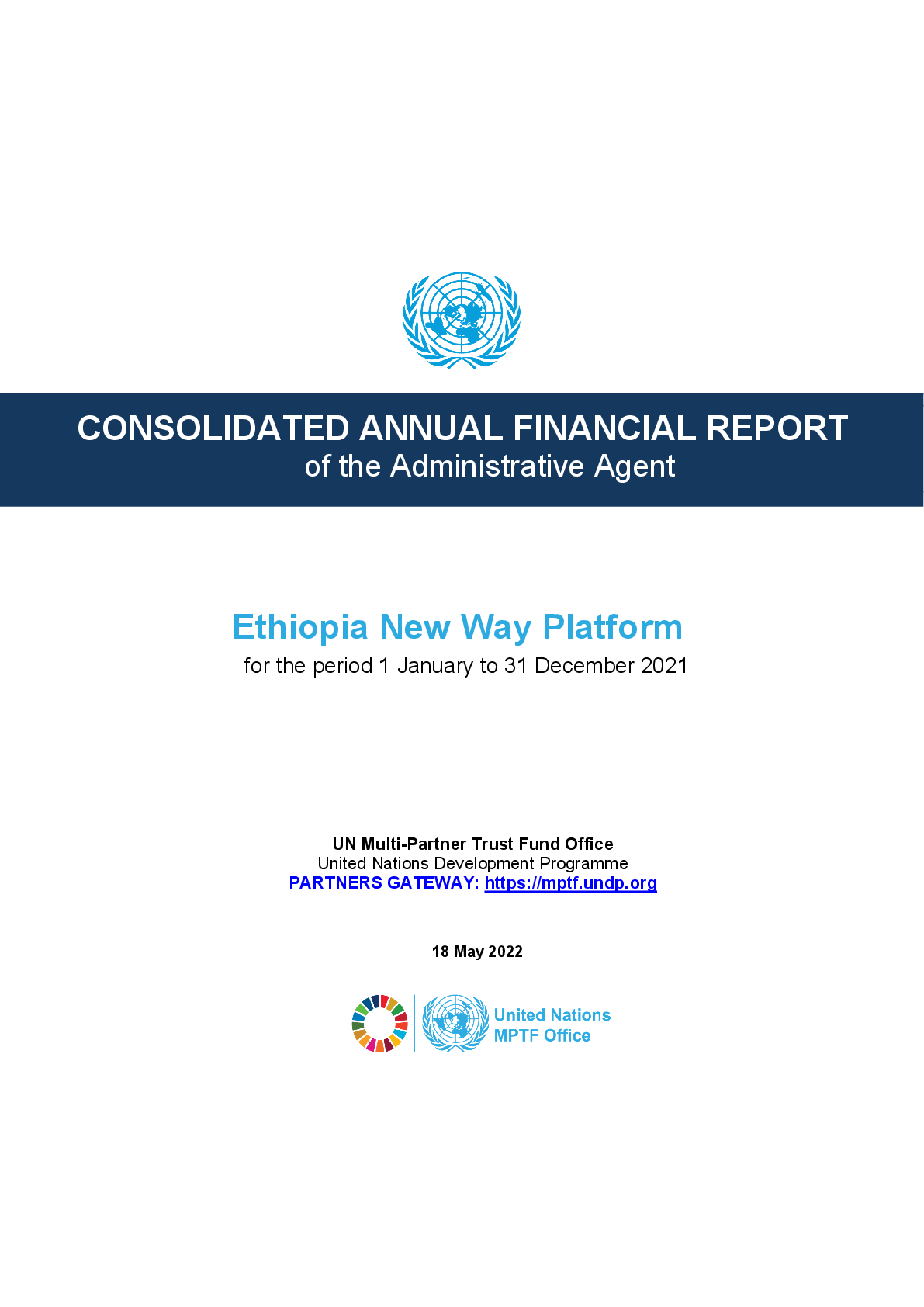