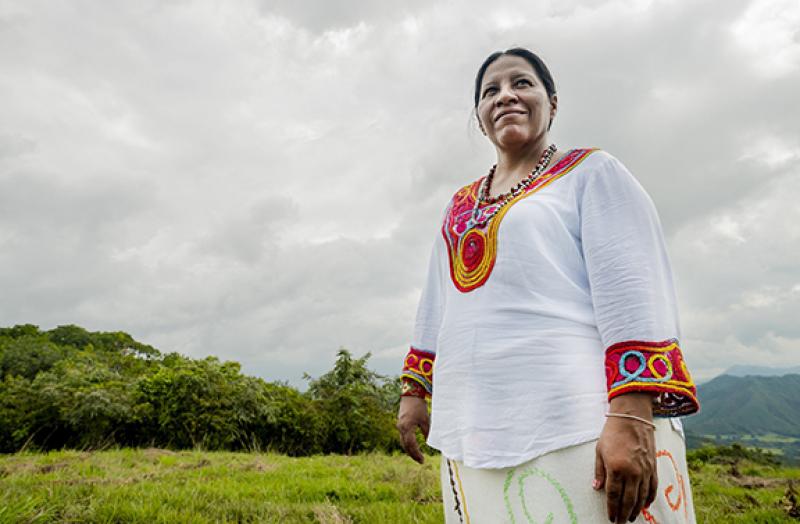 The United Nations Women’s Peace and Humanitarian Fund (WPHF) announced the launch of a new campaign today to accelerate support for local women peacebuilders and humanitarian responders across the globe.

Leveraging the influence and reach of a range of celebrity advocates, private sector actors and government partners, The WPHF #1000WomenLeaders Campaign is calling on the world to invest in 1,000 women leaders working to build peace in 1,000 crisis-affected communities by the end of 2025.

“Women civil society leaders in conflict settings are effective and proven agents of change,” said Ghita El Khyari, Head of the United Nations WPHF. “Despite this, only 0.2 percent of billions of dollars in aid for crisis-affected countries is dedicated to women’s organizations. This campaign is amplifying their voices and urgent calls for action.”

The campaign launches on International Women’s Day at an awareness-raising and fundraising event made possible by The Conrad N. Hilton Foundation, The Starbucks Foundation, Logos Capital, L I G H T S P A C E, and Medela. These private sector partners are leading the way in their industries by providing innovation and support for women who build peace worldwide.

Tonight two global landmarks – the London Eye in the United Kingdom and the Jet D’eau in Switzerland – will illuminate in the colors of WPHF to mark the campaign launch and honor local women leaders working to build a brighter, more peaceful and resilient world.

Since its establishment in 2016, WPHF has supported over 220 women’s organizations working to build peace and respond to humanitarian crises in 25 countries. Its new campaign outlines concrete steps that governments, the private sector and individuals can take to support the global women’s movement for peace and equality.

“Everyone has a role to play to support women leaders,” said WPHF Global Advocate Kristen Bell. “On this International Women’s Day, we’re using our collective voice to celebrate the unlimited and transformative power of women.”