OverviewRule of Law in the Occupied Palestinian Territory Joint Programme

To develop and maintain conditions for a viable State of Palestine based on international principles of rule of law and gender equality, programme stakeholders sought to improve the capacities of, and raise public confidence in, rule of law institutions. This was done by strengthening access to justice, security and protection services—especially for women and girls

The work of the JP oPt Rule of Law is possible thanks to the efforts of . These resources are pooled and channelled to participating organizations to promote joint action and multi-stakeholder partnerships, making a difference on the ground.

Informed by a coherent theory of change and characterized by flexibility and responsiveness to institutional changes as a result of political developments, the Joint Programme was oriented around seven mutually reinforcing objectives:

Building on detailed analyses of the rule of law sector, and inclusive of contextual factors in the oPt, the Joint Programme built upon a number of approaches to inform the construction and roll-out of projects to achieve these seven objectives. Critical components of Sawasya included fostering national ownership of the development process to build systemic resilience and reform/refine justice and security systems with a long view to securing sustainable development and peace. In strengthening the capacity of national justice and security institutions it improved service delivery to communities and households, thereby raising levels of trust in administrative, legal, and law enforcement structures.

Furthermore, by empowering civil society it was hoped improvements would be seen in the accessibility of protection and rule of law services, mainstreaming gender (for equitable development outcomes), and strengthening oversight and accountability measures for tackling corruption. Revamping and/or upgrading informal and formal justice mechanisms is one way of assisting Palestinians in developing and leading peaceful conflict resolution strategies, particularly in parts of the territory that have incurred long-term damage due to ongoing political and geographical divisions.

Multiple achievements were seen across all seven outcomes. Some of the most promising were:

Muhammad Hariri, a Specialized Public Prosecutor in Tulkarem shared his story. “When I was a lawyer, I realized that there were gaps and weaknesses in the law, and that the article or the clauses we have with the law do not properly provide for these specific cases. In a number of cases, the law will not enable legal adaptation and characterization.

When I joined the Public Prosecution, I felt even more, because you have more cases of sexual and gender based violence, and they are even more complicated. There are times when we know the perpetrator and you can be convinced that he committed the crime but you are left without provisions that can support the legal characterization. The mentoring sessions helped us to pinpoint these gaps and weaknesses that we are facing in our work.”

Submitted to the Cabinet of Ministers’ technical drafting committee, the bill introduced an overarching legal framework that criminalized domestic violence in Palestine across the security and justice chains. It provided space for authorities to issue emergency protection orders along with exemption of medical and legal fees for survivors of GBV. It addressed all aspects of violence against women including: prevention, protection, reparation and reintegration, as well as the prosecution and rehabilitation of perpetrators. The bill represented an important step toward the application of CEDAW.

In parallel to making inroads on the informal justice front, the programme supported the organization of a conference in 2017 on “Enhancing Arbitration as a Tool for Conflict Resolution” that aimed to support access to justice through the arbitration of East Jerusalemites.

The conference aimed to highlight the importance of opting for arbitration mechanisms in real estate disputes, as resorting to Israeli courts often caused further damage to the Palestinian community. Additionally, in 2017, the programme supported the local organization, “ACT for Alternative Dispute Resolutions and Studies,” to raise awareness and strengthen the capacities of arbitrators and mediators in East Jerusalem.

Throughout programme implementation, Sawasya increased women’s representation within the bar association through support to the Women Lawyers’ Network. Striking improvements were witnessed as women registered lawyers increased by 85% between 2015 and 2016, and was followed by the election of a woman to the PBA board for the first time in 2017.

Additionally, 100 women participated in a communication skills and advocacy workshop through the PBA Women Lawyers’ Network. This workshop also increased engagement and broadened networks with similar entities (e.g. the Palestinian Journalists Syndicate) and to secure concrete policy commitments to foster equality among lawyers, regardless of gender. 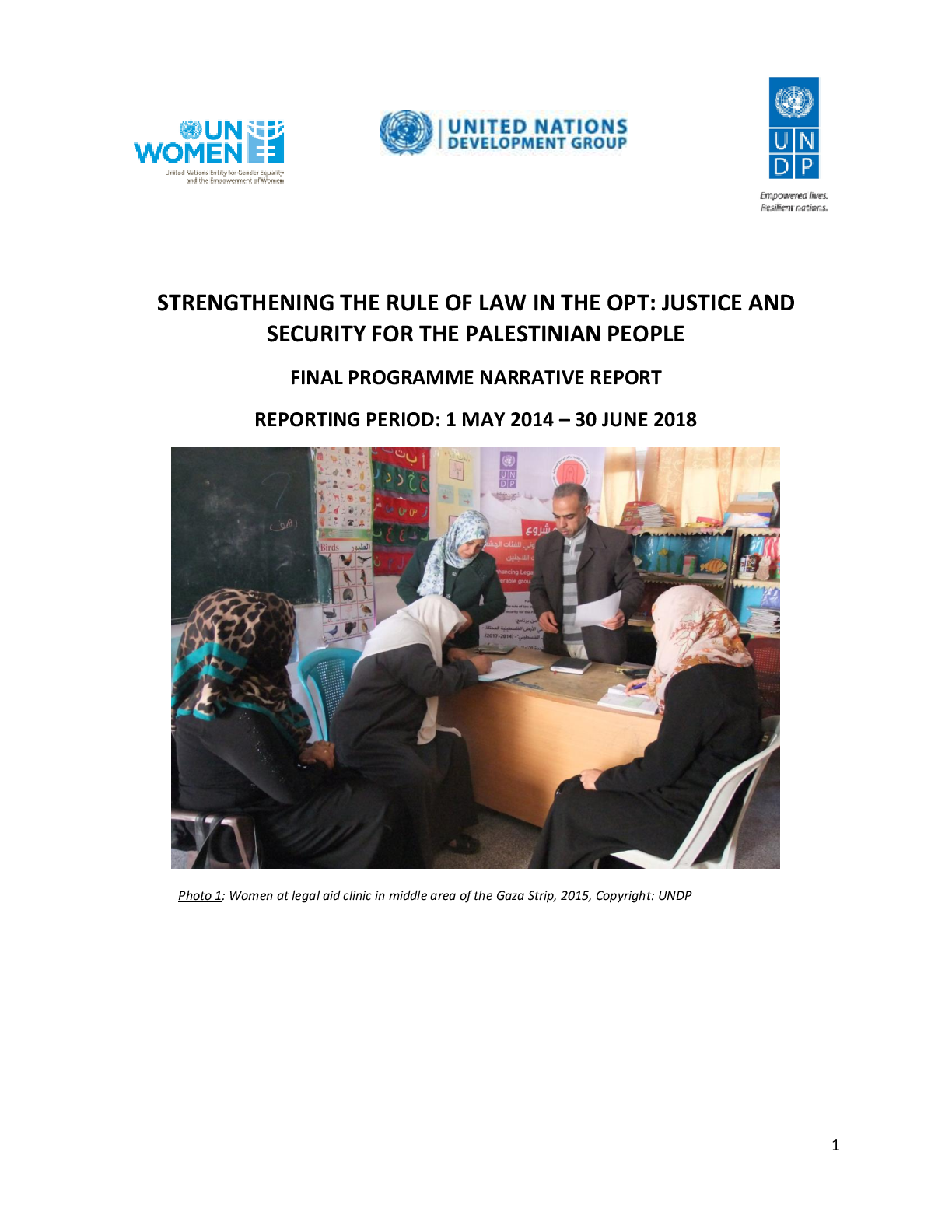 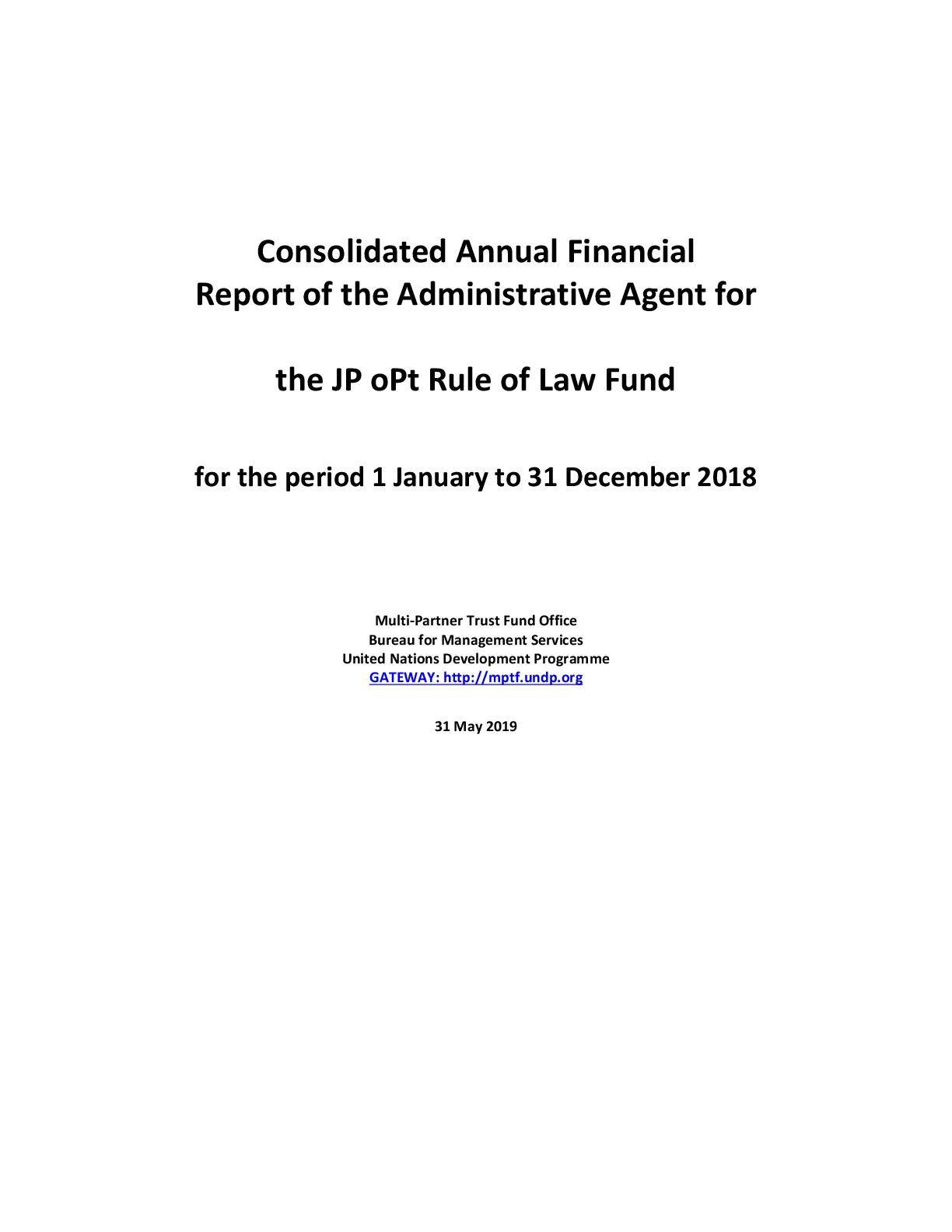 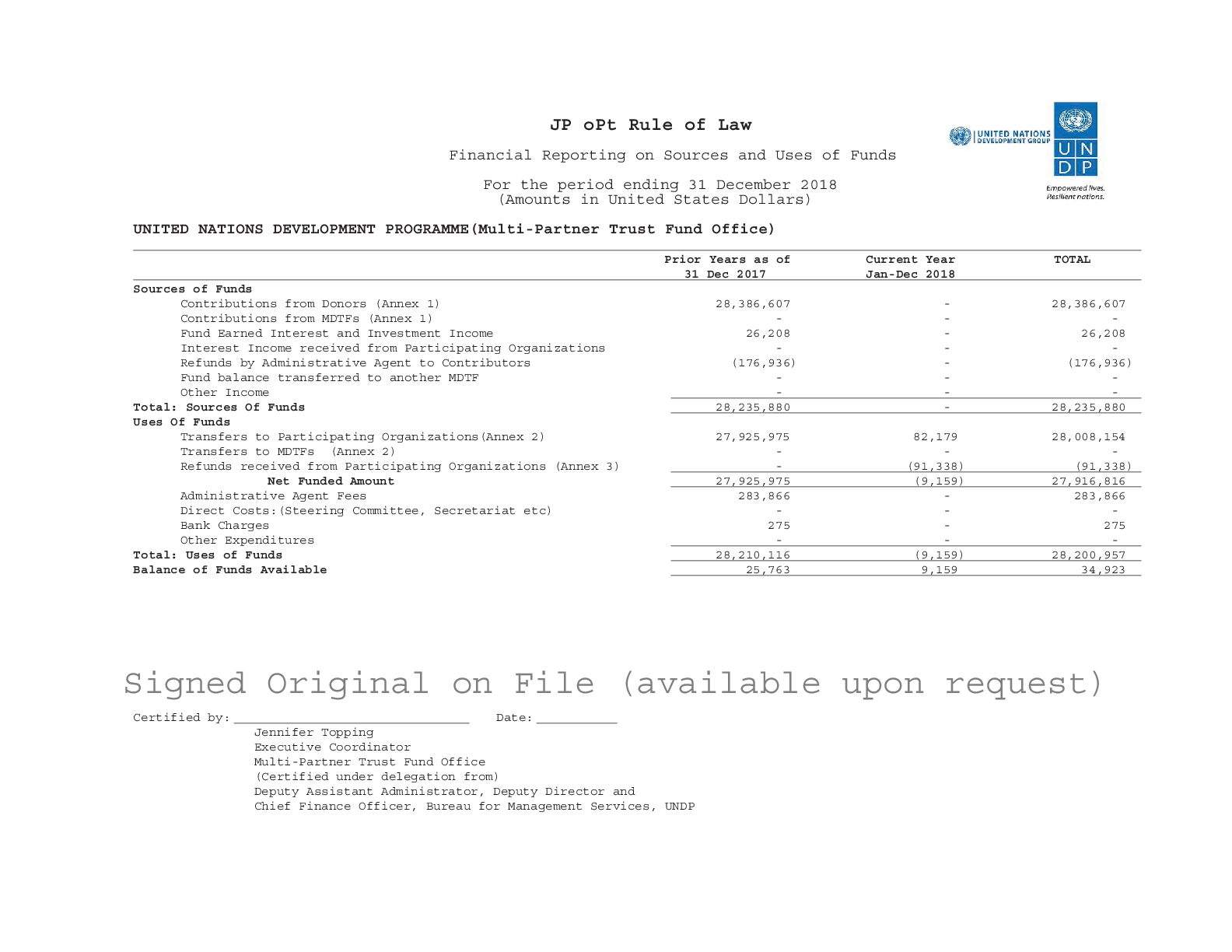 Strengthening the Rule of Law in the oPt - Justice and Security for the ... 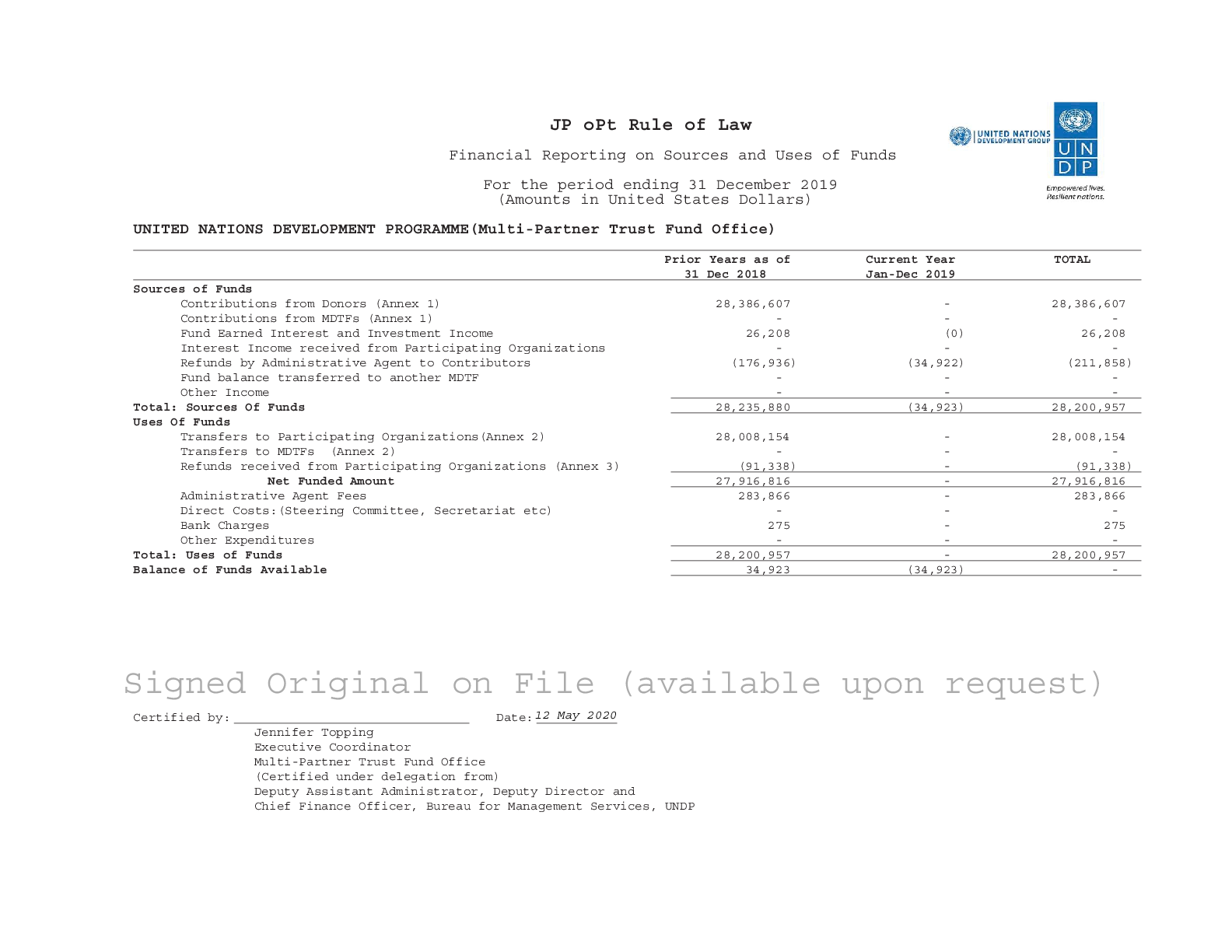