When it comes to flexibility and facilitating efficient collaboration across the UN system, earmarking resources for an inter-agency pooled fund plays out differently to earmarking funds for a specific project. In some ways, an inter-agency pooled fund at the country level that is set up to support a Cooperation Framework is like UN agency core funding in the sense that it supports the implementation of a wider strategic plan.

Inter-agency pooled financing is a recognized funding modality for promoting coherence during UNDS repositioning and other reform strategies by the UN Secretary-General and endorsed by Member States. Inter-agency pooled funds are ‘core-like’ resources that help strengthen efficient coordination and collaboration across the UNDS. The below figures illustrate how inter-agency pooled funds have developed over time, actors investing in these funds, and a breakdown of the UN entities receiving funding.

The following section includes data and analyses adapted from the report "Financing the UN Development System," which is annually prepared by the UN Multi-Partner Trust Fund Office and Dag Hammarskjöld Foundation. 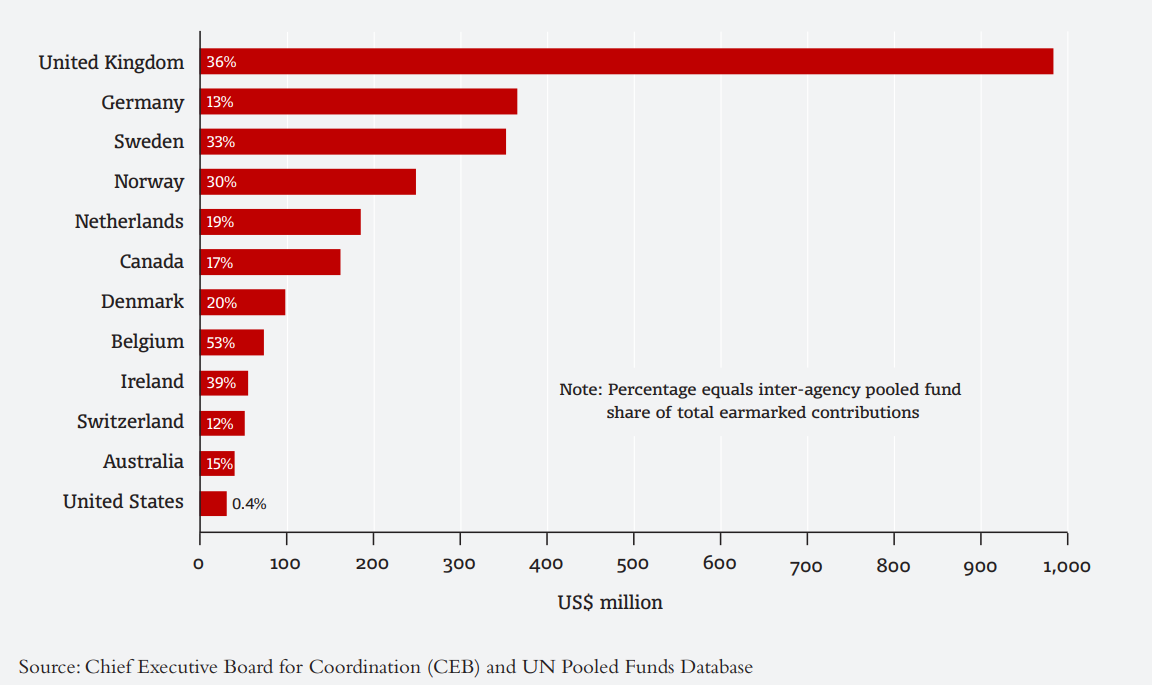 Figure 3. Countries contributing over 10% of their total earmarked funding to the UN through UN inter-agency pooled funds, 2019 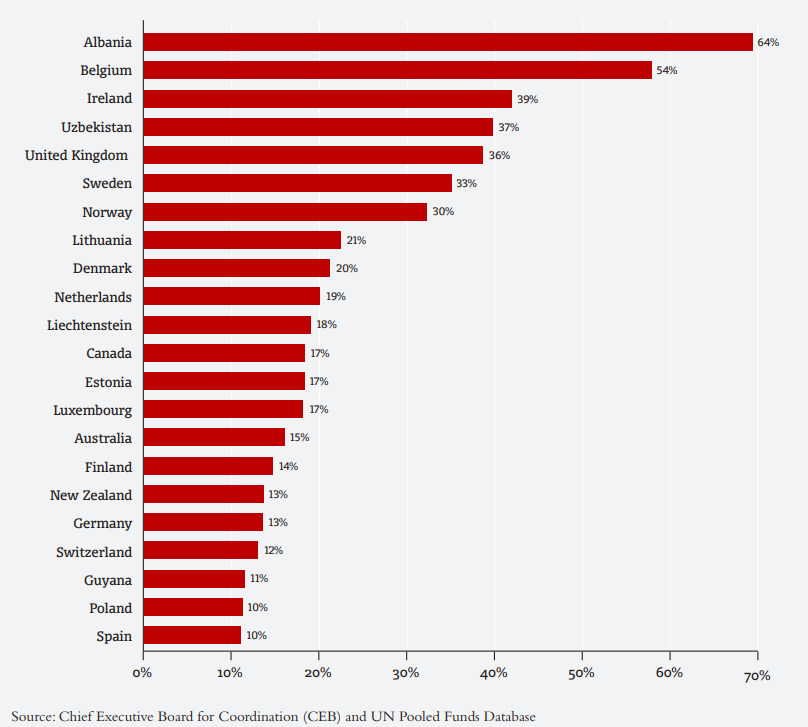 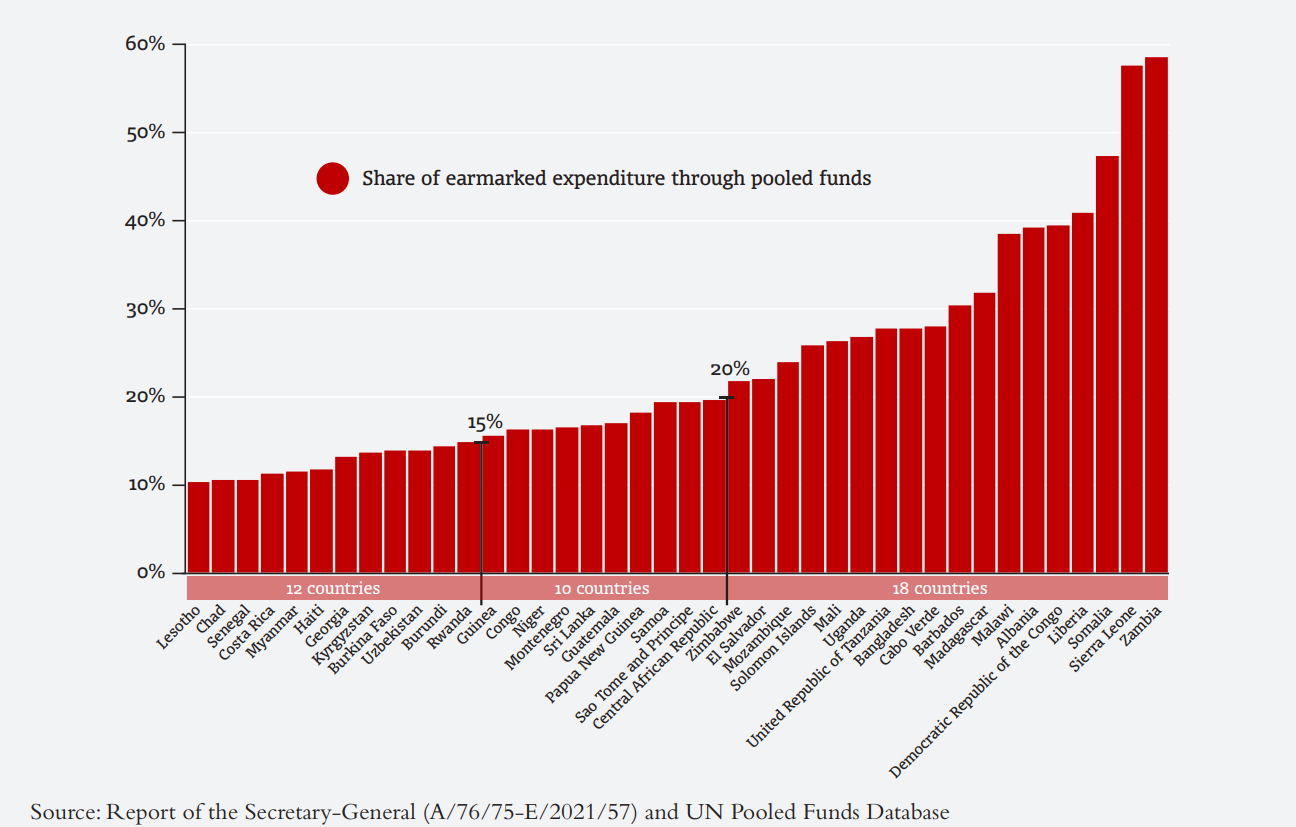 The UN Multi-Partner Trust Fund Office (MPTF Office), hosted by UNDP, is the only UN unit exclusively dedicated to the design and administration of multi stakeholder pooled financing instruments. The MPTF Office acts as administrative agent for a broad portfolio of pooled funds covering key areas of UN action (across the humanitarian, peace and transition, development, and climate and environment themes). In 2019, nearly 80% of all inter-agency pooled funds with a development, transition or climate focus, and 42% of all inter-agency pooled funds, were administered by the MPTF Office.

At the same time, the number of Member States contributing to development-related inter-agency pooled funds has shown a declining trend, and the likelihood of reaching the target of 100 contributors seems slim. Ambitious targets set for the capitalisation of flagship funds such as the Joint SDG Fund and the Peacebuilding Fund have likewise failed to materialise.