A wake-up call to strengthen the accessibility, resiliency and quality of health care systems and measures for everyone, everywhere, the 2014 Ebola epidemic tore through communities in Guinea, Sierra Leone, Liberia and parts of the Democratic Republic of Congo. A precursor to subsequent epidemics and pandemics, it showed what can happen when governments and health care staff are not prepared, shedding light on healthcare, sociopolitical, and cultural gaps that must be closed to cope with health emergencies...then and now

In response to the Ebola crisis, the United Nations mobilized stakeholders to attain the highest level of donor engagement ever seen in a United Nations trust fund. Financing helped strengthen readiness responses to prevent the spread of Ebola and improve recovery measures in countries that bore the brunt of the crisis. Projects built and scaled up health care capacities and infrastructure in multiple sectors and succeeded in engaging and assisting the hardest hit communities.

The work of the Ebola Response MPTF is possible thanks to the efforts of . These resources are pooled and channelled to participating organizations to promote joint action and multi-stakeholder partnerships, making a difference on the ground.

Launched by the United Nations Secretary General in 2014, the Ebola Response MPTF made a coherent UNDS contribution to the Ebola outbreak response in West Africa through a common financing mechanism. Leveraged funds were used by stakeholders to coordinate, design, and launch targeted UN solutions that supported logistical operations and medical supply chains—bringing quality healthcare services to the most vulnerable in Guinea, Sierra Leone, Liberia, and the DRC.

Rapid response projects were contextually informed and community-led, which increased their overall effectiveness. Several supported local authorities (health, education, political, and social) to take the lead in the monitoring, treatment and behavioural changes that had to be made to bring the Ebola epidemic to an end. Social mobilization, in particular, was central to ending the outbreak and dropping transmission rates to zero.

One of the main objectives, and achievements, was to simultaneously finance response and recovery initiatives using the same instrument. In doing so, Ebola Response MPTF stakeholders successfully demonstrated how urgent needs, like stopping Ebola transmission, could be paired with longer-term objectives—inclusive of the SDGs. Outcomes included strengthening health systems to support preparedness and longer-term development; improved national and community coordination; establishment of rapid launch measures to deploy financing and human resources when needed, as well as the collective design and adoption of detailed plans, protocols, infrastructure, and equipment to help national governments and local communities handle future Ebola outbreaks or other expansive public health threats.

In Guinea, quick impact projects provided assistance to Ebola survivors to establish legal structures and associations, and funded 500 sensitization sessions on hygiene. Moreover, 24,000 households benefited from educational sessions and 14 hygiene committees were established in Nzérékoré region where an additional 2,336 households received hand washing kits. To address potential food shortages, six rice processing machines were purchased and 42,000 kg of maize distributed to the most affected rural communities in Kankan region, which helped improve the nutrition of 1,105 vulnerable people, including pregnant or breastfeeding women, and orphans.

“Because of this project, we are now working together as Ebola survivors on income-generating activities and we hope that the vegetables we intend to grow will increase our revenue and help improve our living conditions. We used to see many visitors coming here to assess our needs, but nothing was given to us. That has all changed and our association now has a field where we intend to grow corn and sell it to gain some revenue.”

In terms of enhancing post-Ebola preparedness, stakeholders worked to fill gaps observed during the response to the Ebola crisis and drew from lessons learned. To boost preparedness, projected results were aligned with priorities, which was central to securing planned outcomes in improving community-based surveillance and early warning systems; strengthening local community health preparedness and care management for patients; launching a minimal service package in health facilities in disease prone zones; increasing community engagement in target zones; integrating logistics in emergency response preparation and coordination, and strengthening the operational and coordination capacities of partners.

In Liberia, the Fund filled critical gaps in human capacity. As the Ebola outbreak progressed, shoring up district-level capacities to conduct active surveillance, case finding, contact tracing, case management and community engagement helped to improve containment measures. Thirty five epidemiologists were recruited to train 10,090 contract tracers and 5,459 active case finders to locate the sick and dead, and enforce quarantines in order to break chains of transmission. The outreach of these care workers heightened the awareness of 1.5 million people across the country.

When school was dismissed nine-year old Mercy Kennedy piled into the back seat of a pickup truck with her friends. The driver put on pop music, and the girls started bouncing around, laughing and singing. This was Mercy’s first year attending school. Earlier, Mercy’s mother died from Ebola. Mercy and her brother Harris, who had previously lost their father, took refuge at a UNICEF-supported Interim Care Center. There, Ebola survivors cared for them – offering them love without fear of contagion. A social worker then found a friend of Mercy’s family, Martu Weefor, who agreed to take in the children, after her daughter, Patience, convinced her it would be a good idea. Patience, 24, said that Mercy adjusted well to her new living environment. Mercy now calls Patience her "young ma." There were more than 2,600 children in Liberia like Mercy and her brother, and UNICEF worked to identify extended family that could take care of them, and gave them reunification kits to ease the burden. Now that Mercy is attending school, her dream is to become a journalist. “I want to know people’s minds and how they feel,” she says.

Furthermore, the ‘Operation Stop Ebola’ campaign bridged the gap between healthcare workers and communities. In providing consistent messaging on Ebola it engaged at-risk communities and families, empowering them to help lead in the response. By way of mass media and door-to-door outreach, the campaign reached 1,090,000 people and played a role in stopping Ebola transmission in Liberia, while also lending critical support to at-risk populations. Financing leveraged also supported initiatives that met the medical, economic, and psychosocial needs of Ebola survivors and orphans, women and children, and youth in under-served areas—closing gaps in support of those furthest behind.

Financing supported National Ebola Response Centres, providing them with human, technical, and monetary capacities to swiftly respond to the outbreak. These centres were able to expand their core professional staff by 30 people, which helped stop outbreaks in the majority of the country’s districts. Meanwhile, at the national level, a separate project worked to strengthen Rapid Response Stabilization Teams and connected them to national response centres.

The villagers of Thigbonor in Lokomasama chiefdom work together on Thursdays and Sundays to implement the community action plan they have drawn up, which is proudly displayed on a notice board in the center of the village. Their initial priorities are the agricultural project to re-launch food production, a toilet block, and also, a scheme to encourage the continual practice of hand-washing as a safe-guard against Ebola and other deadly diseases. 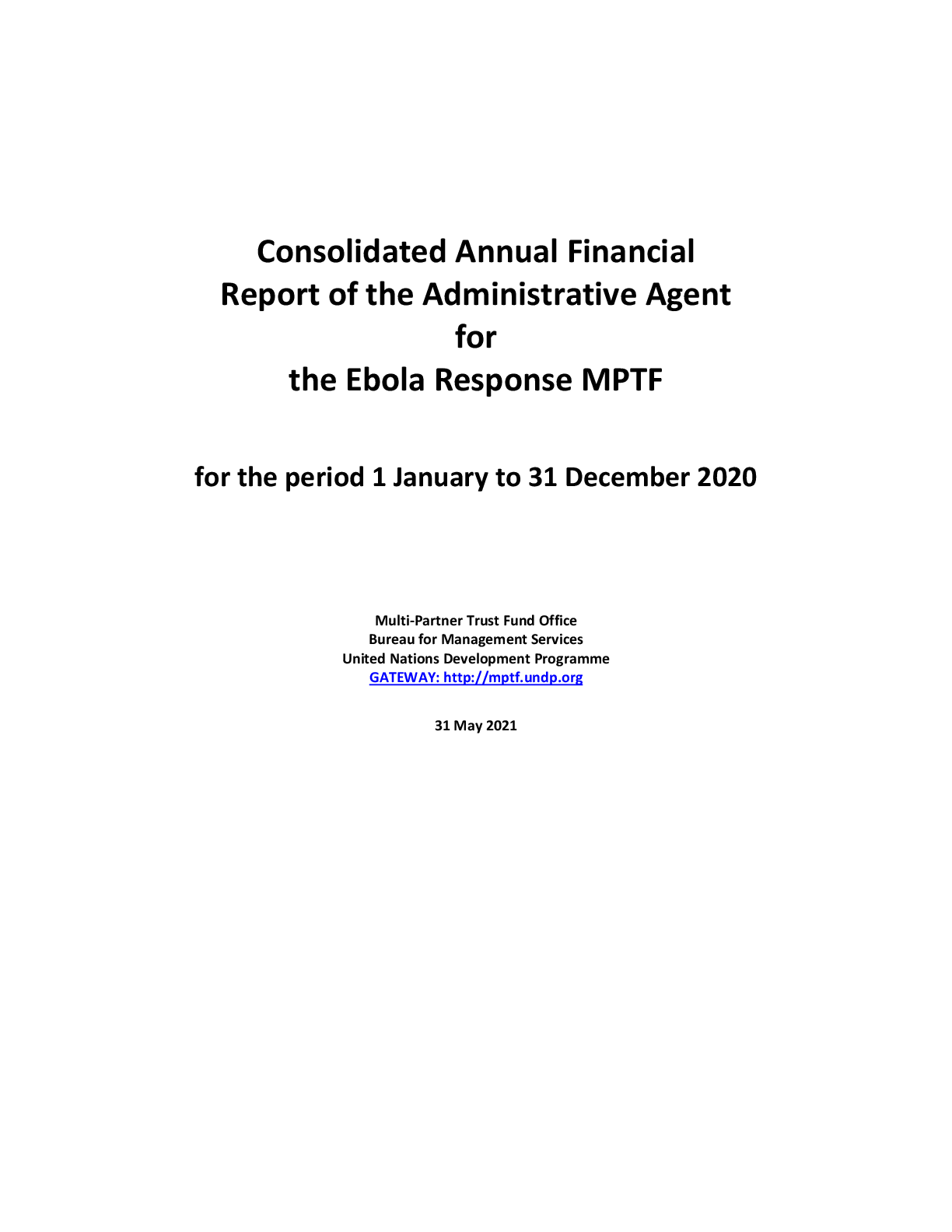 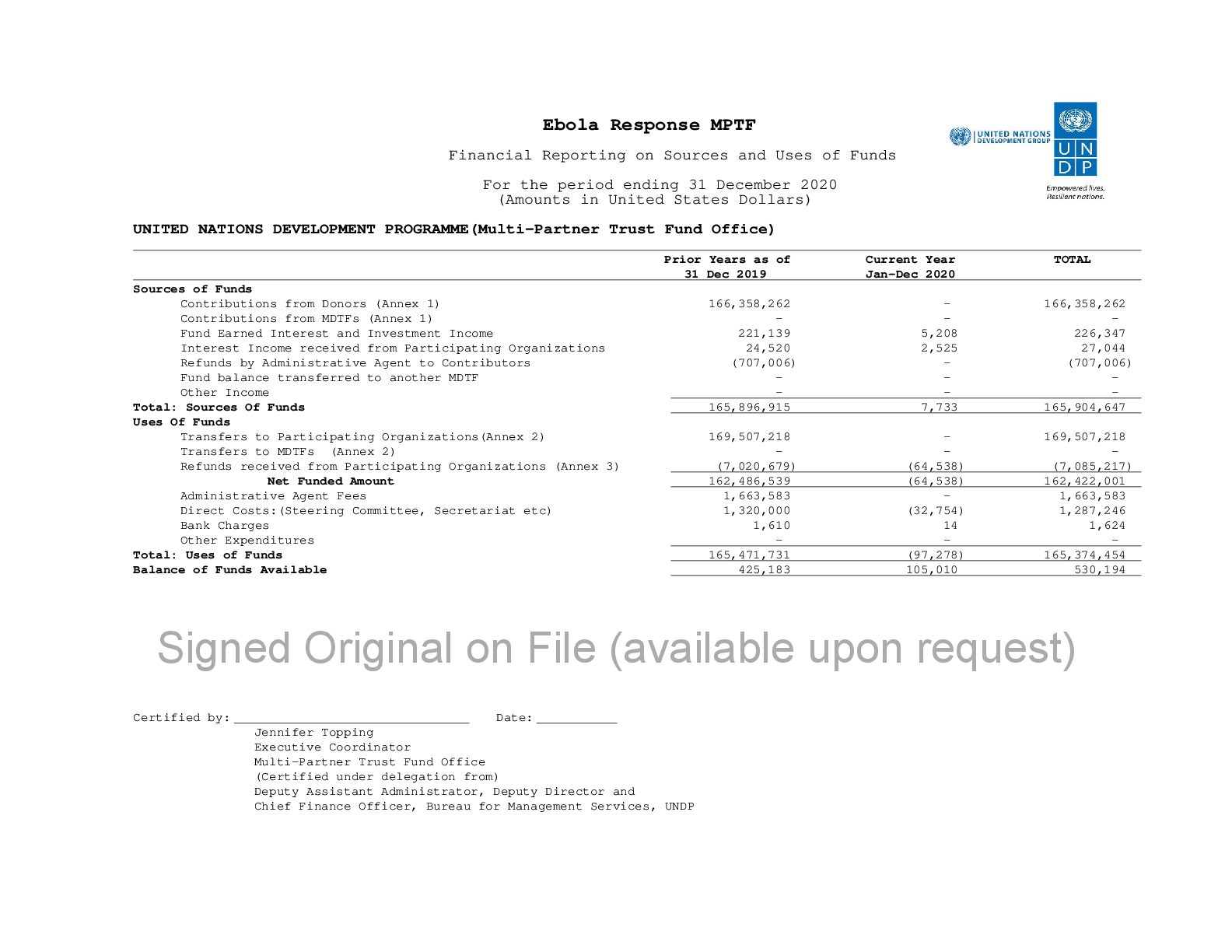 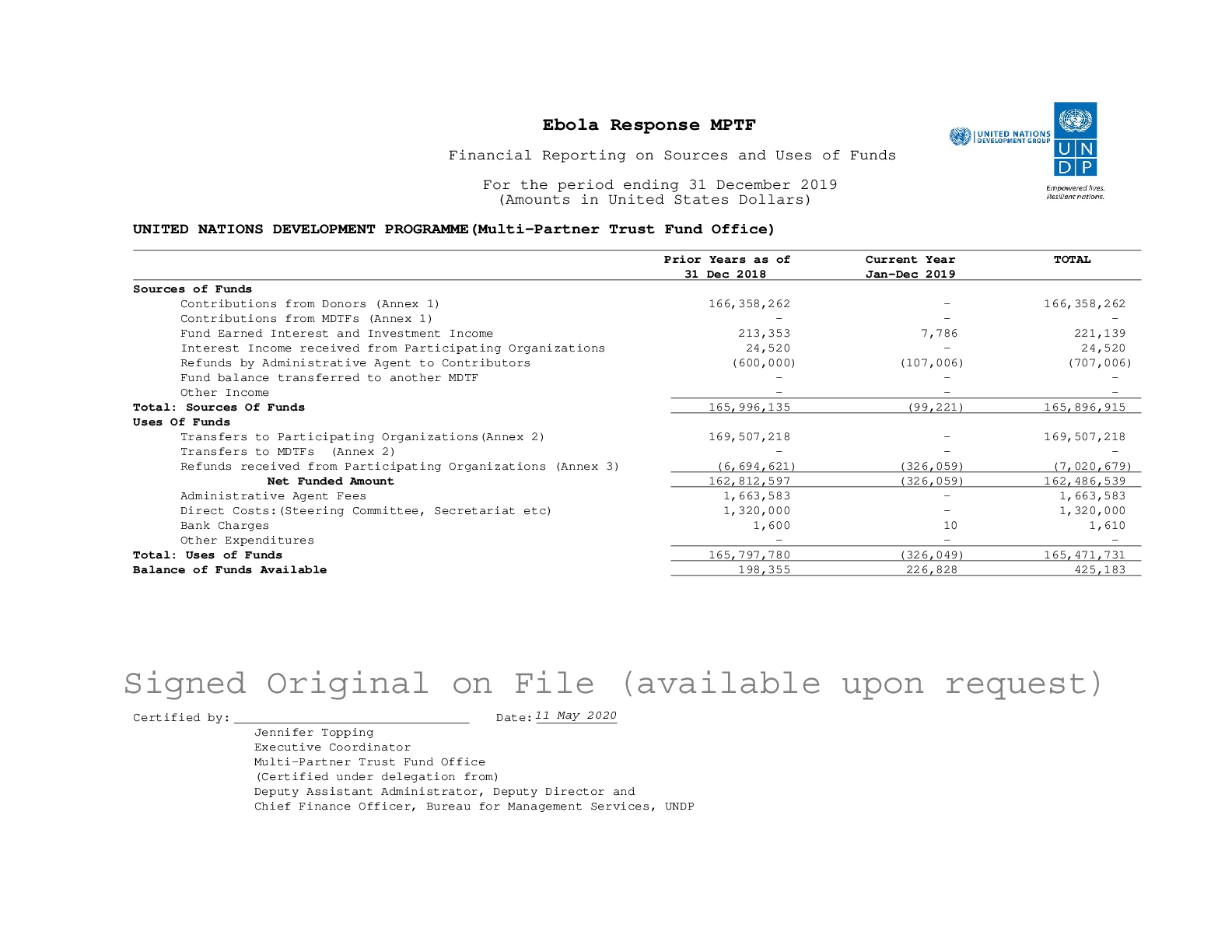 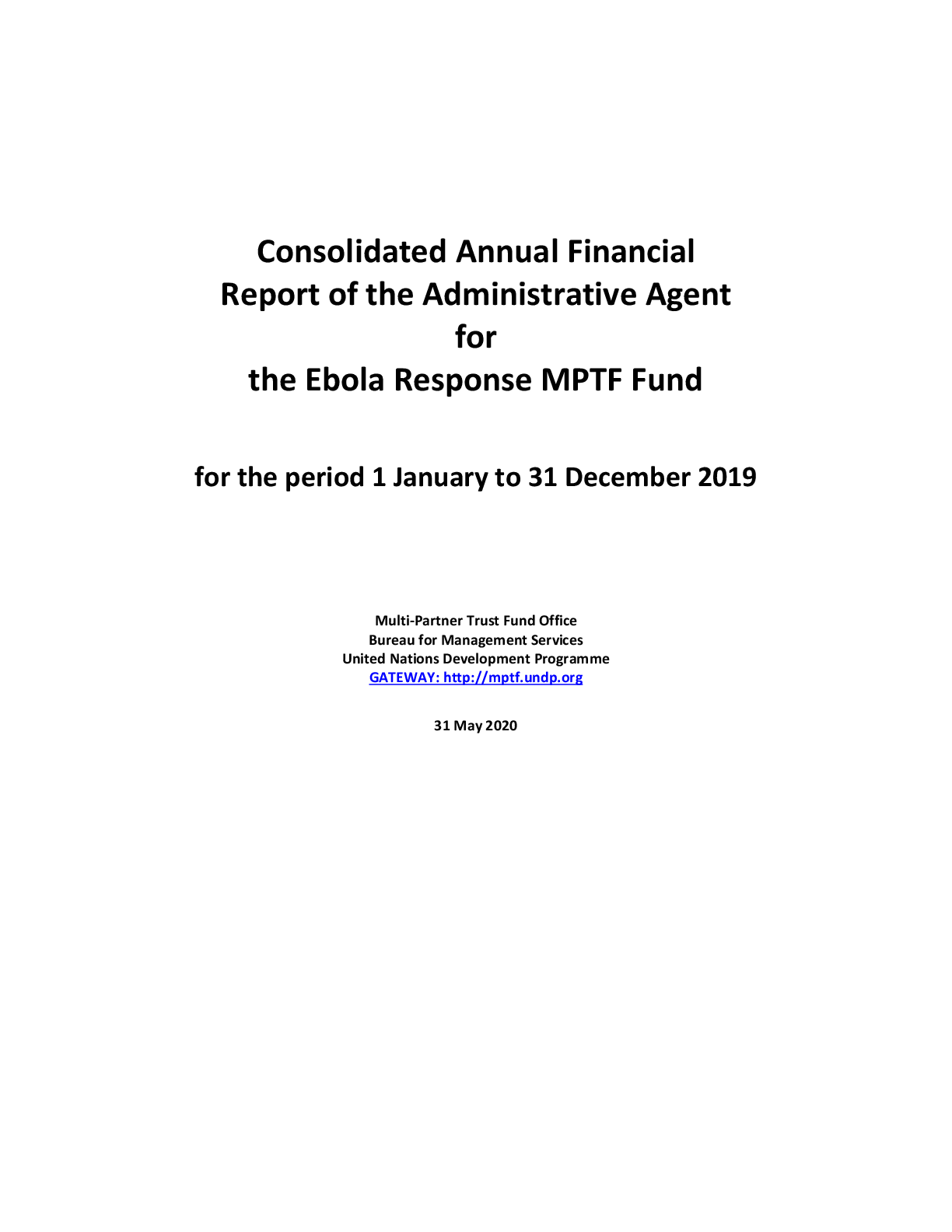 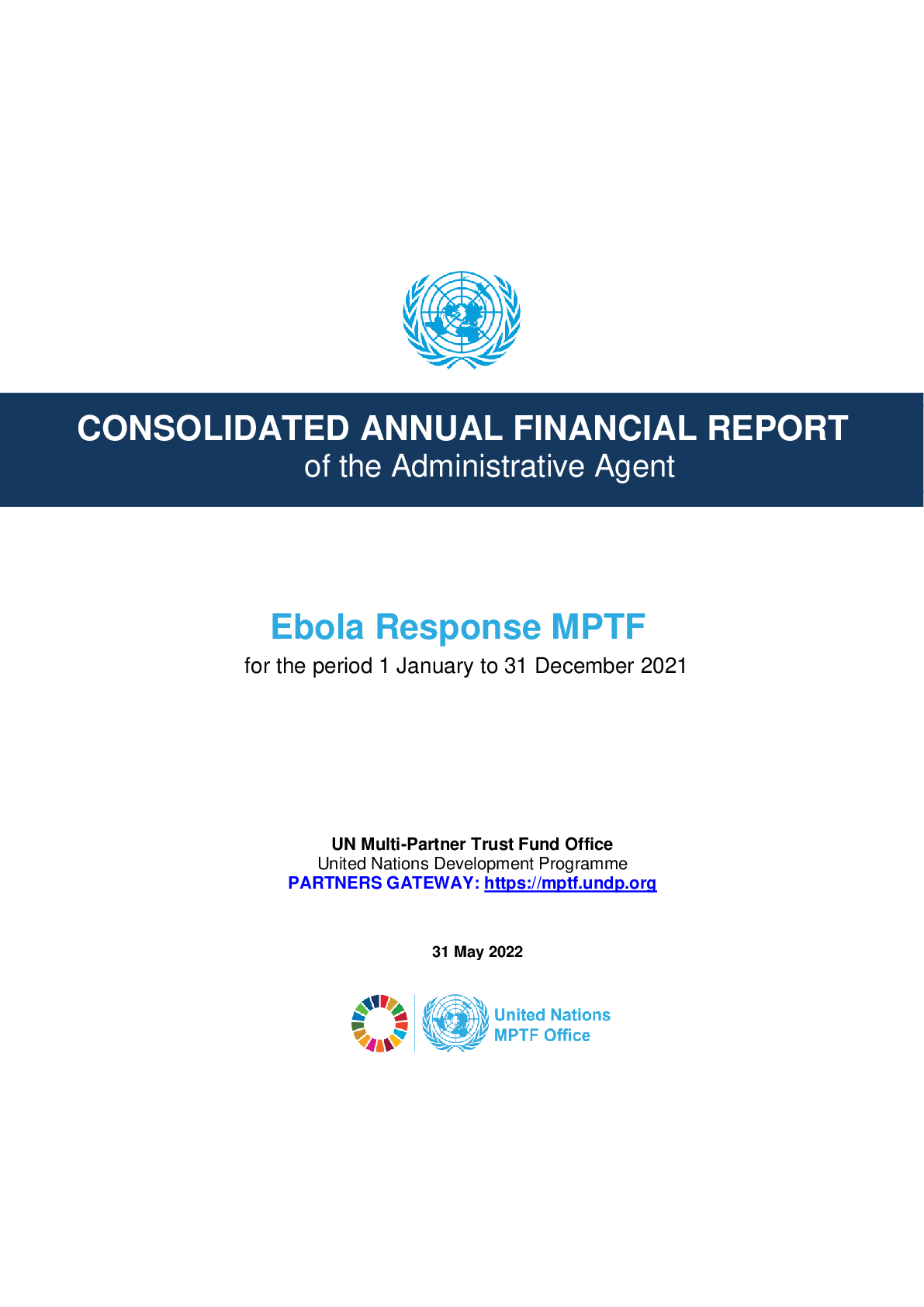 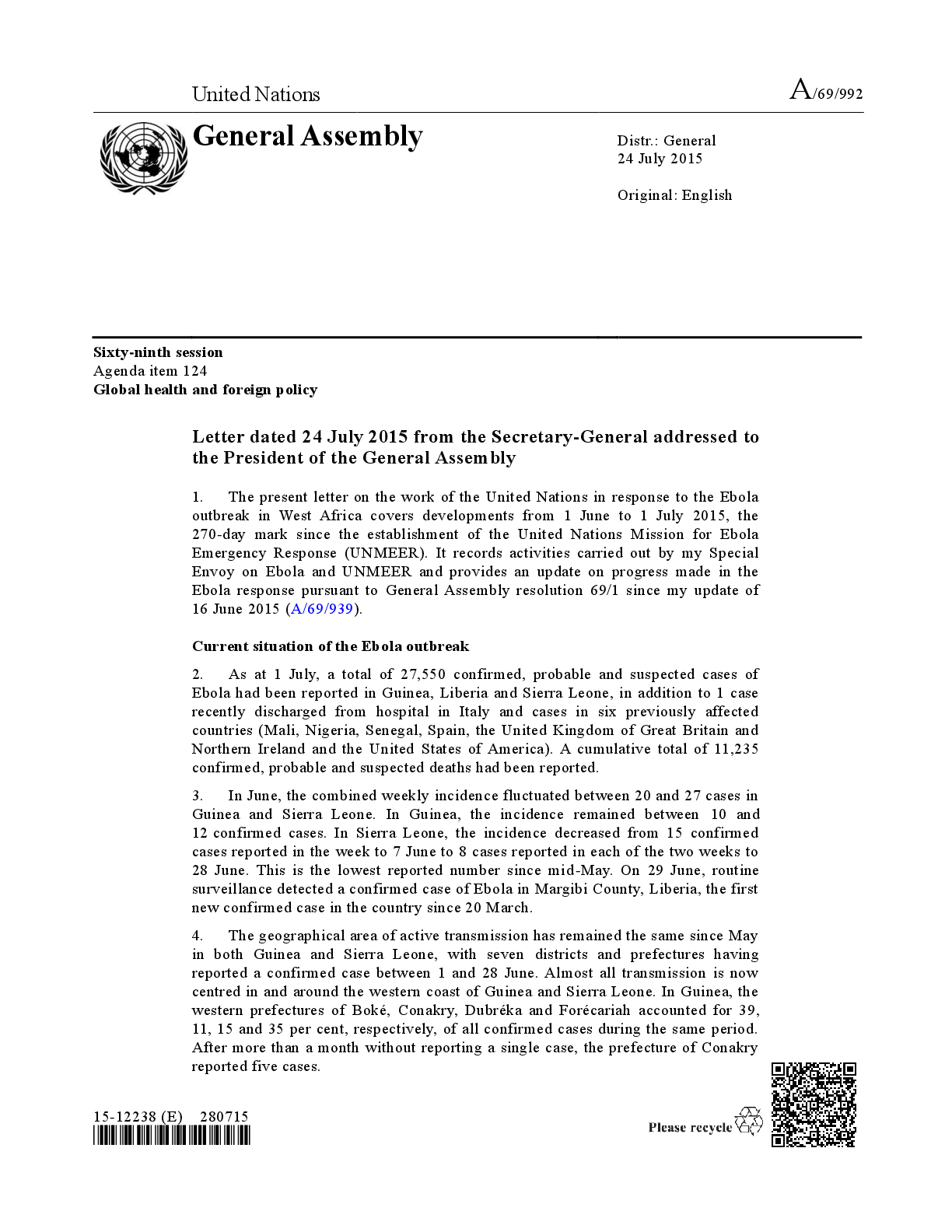 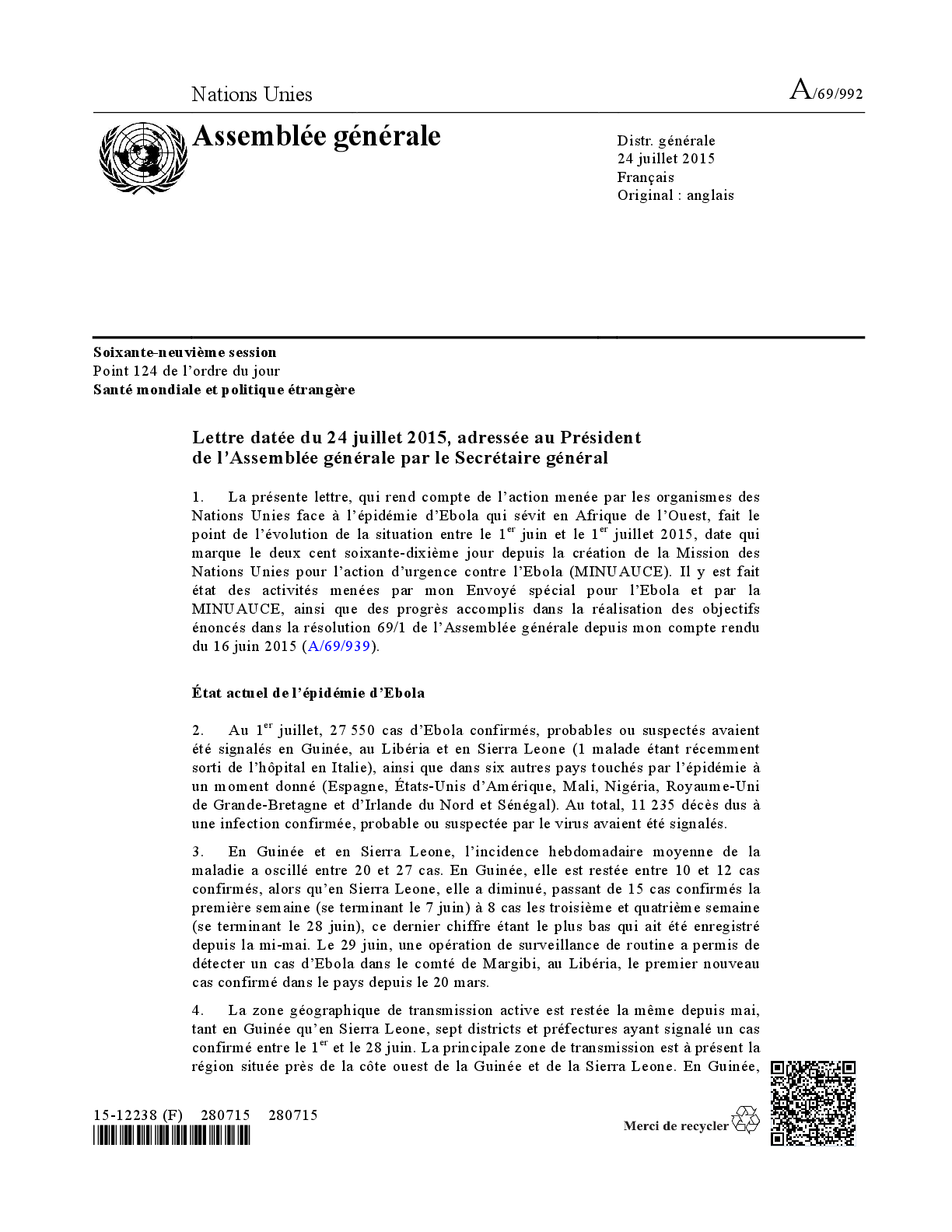 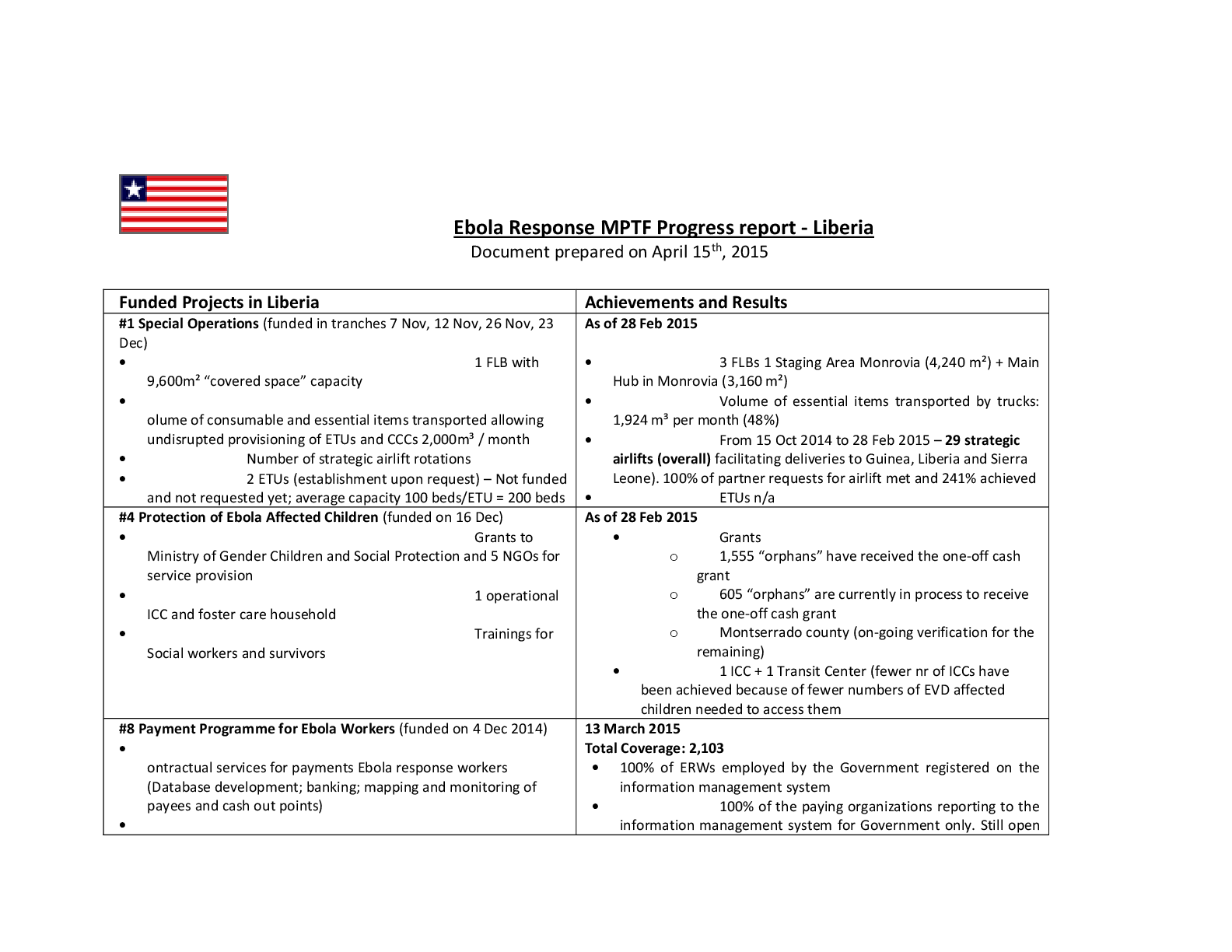