The work of the Central African Forest Initiative is possible thanks to the efforts of . These resources are pooled and channelled to participating organizations to promote joint action and multi-stakeholder partnerships, making a difference on the ground.

Climate change and biodiversity loss are the defining challenges of our generation. No other phenomenon has the potential to change the face of our planet forever. Rainforests stock and absorb carbon and are home to over 50% of terrestrial biodiversity, while only covering 6% of the Earth’s surface. No other ecosystem or economic sector has the same capacity to reverse the unfolding climate and biodiversity crisis. Forests are also key for the survival of people living in and around them.

Central Africa is one of the few remaining regions of the world that absorb more carbon than they emit. It is home to the second largest tropical rainforest in the world—which currently is the biggest carbon sink globally. It sucks out close to 1.5 billion tons of CO2 of the atmosphere or 4% of the world’s emissions every year and is also home to over 10,000 plant and animal species. This forest is the source of food, energy, shelter and spirituality for over 40 million people living in and around it, in countries with some of the lowest Human Development indices and conflict areas.

As slowing down and reversing the loss of forests in Central Africa can only be attained through substantially scaled-up international support to transformational reforms and ambitious investments on the ground, CAFI was established in 2015 at the margins of the United Nations General Assembly through a ministerial declaration signed by six Central African countries: Cameroon, Central African Republic, Republic of Congo, the Democratic Republic of the Congo, Equatorial Guinea, and Gabon and a coalition of donors (Belgium, the European Union, France, Germany, the Netherlands, Norway, the Republic of Korea, and the United Kingdom)

CAFI is a coordination and policy dialogue platform and a Trust Fund. It supports a coordinated dialogue to agree on political targets to reduce emissions from forest loss and reduce poverty through letters of intent signed at the highest political level. Asa Trust Fund, it supports the activities necessary to achieve those targets in the sectors relevant to land use: Agriculture forestry, energy, mining and infrastructure, land use planning, land tenure, demography and natural resource governance.

Strategic framework and theory of change

The Central African Forest Initiative contributes to low emission development and investments in land use and forest sectors of participating countries. To achieve the socio-economic transformation required to reduce emissions, national and local policies and measures must be put in place that address the proximate drivers (such as agriculture, wood energy, forestry and infrastructure/mining) alongside the indirect ones (e.g., lack of land use planning and insecure land tenure, poor governance, or rapid population growth).

Because countries differ on their national investment frameworks, each focusing on a specific set of drivers of deforestation and degradation of forests, CAFI supports national governments in rolling out programmes that decrease land conversion and increase food security; offer alternatives to wood energy; enhance capacities of forestry sector institutions; promote, monitor and enforce legal frameworks for sustainable forest management; minimize infrastructure and mining footprints; ensure a balanced representation of interests in land use planning decisions; manage population growth and migration to forests, and improve inter-ministerial coordination and governance.

The Board handles the coordination and leadership functions of the trust, as well as approving modifications made to the strategic direction of CAFI. Its functions include (but are not limited to) providing general oversight, developing letters of intent with partner countries, approving and allocating funds for new programmes, approving the risk management strategy and quality criteria, and reviewing trust status.

The Secretariat oversees CAFI operations and acts as the central point of contact for partner countries. Providing advice to the Executive Board, the Secretariat supports strategic planning, narrative progress reporting, monitoring and evaluation, and risk management dashboard for the trust. It also facilitates the negotiation of new letters of intent and the development of new CAFI programmes.

Programme implementation is the responsibility of Implementing Organizations. Each organization is programmatically and financially responsible for resources received. In this section, you will find the latest editions of reports that detail Fund performance and results. 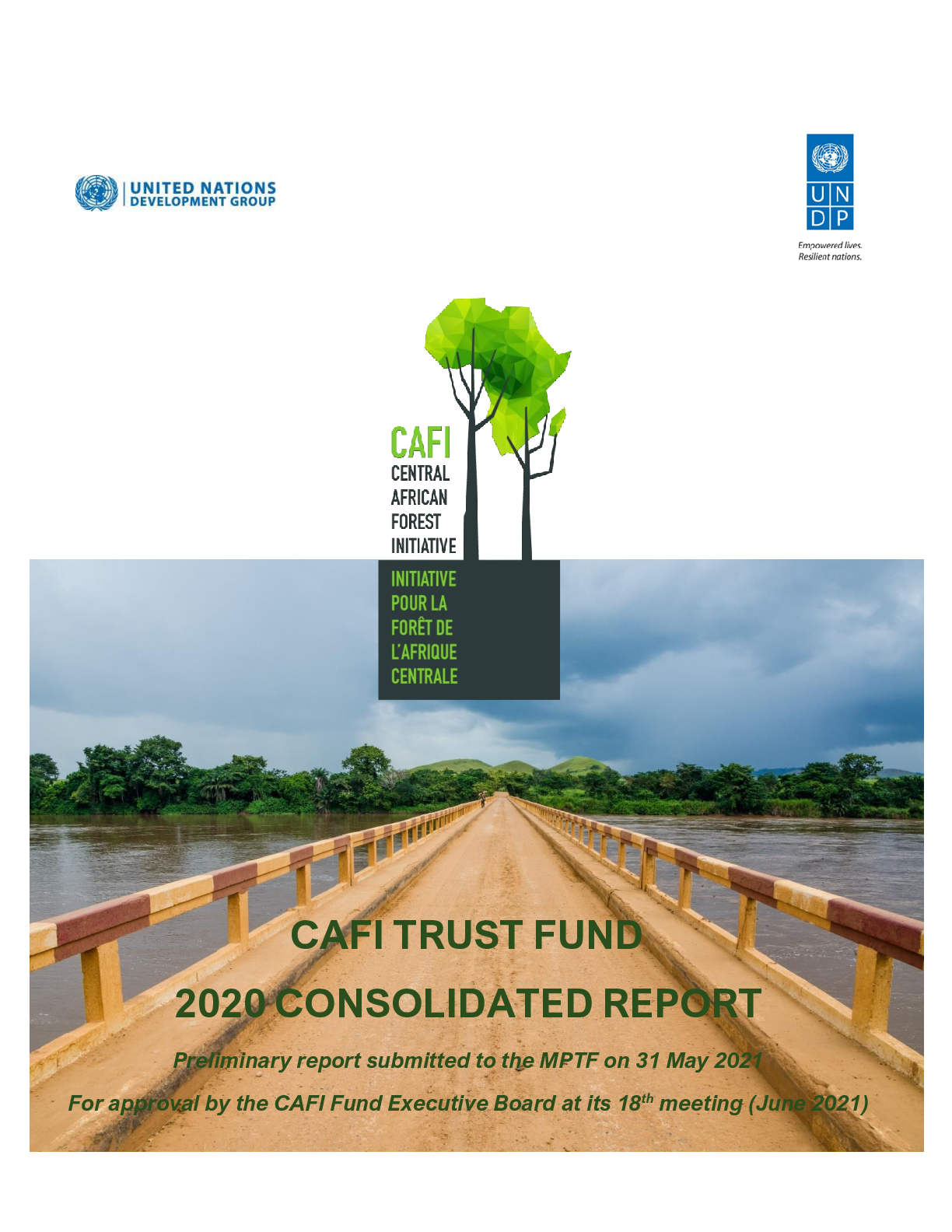 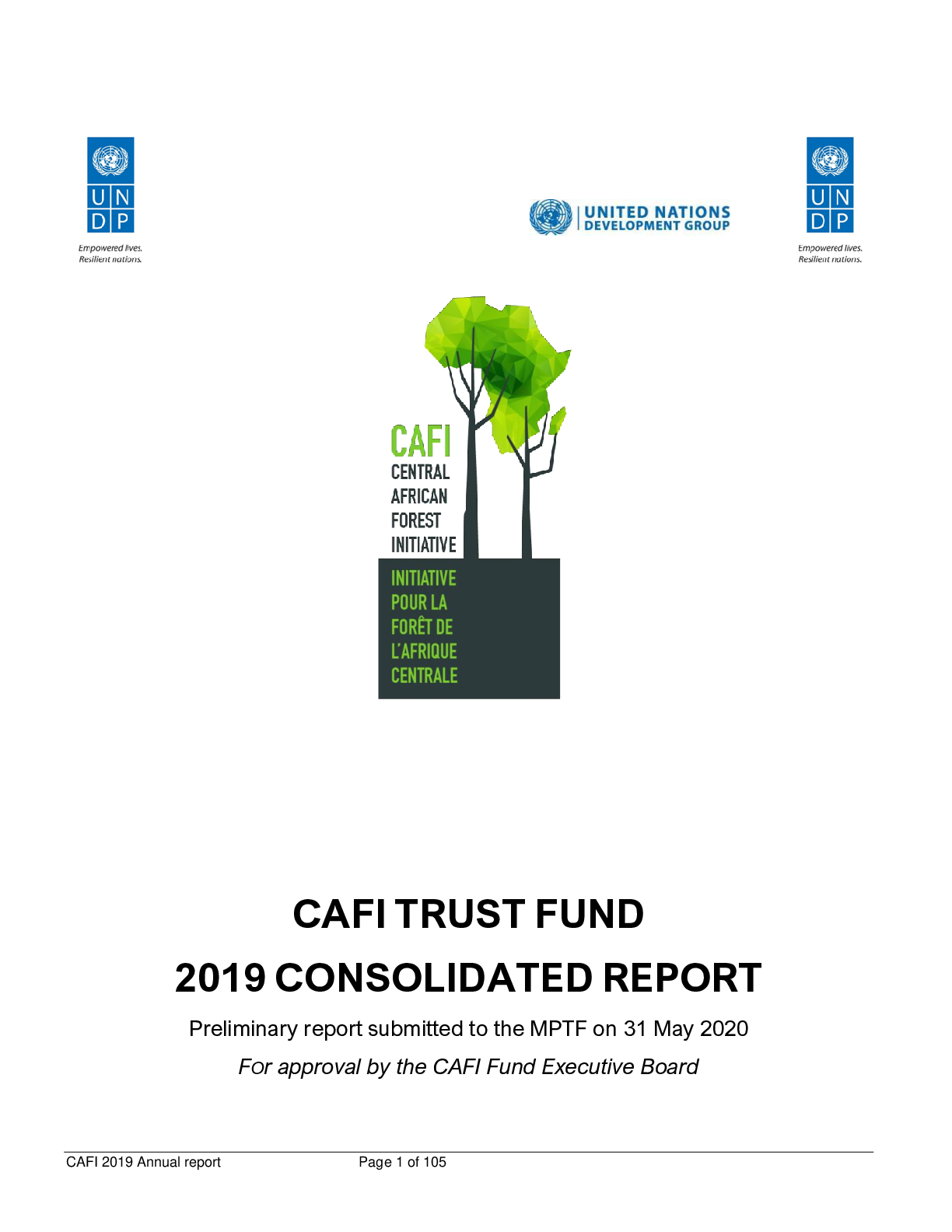 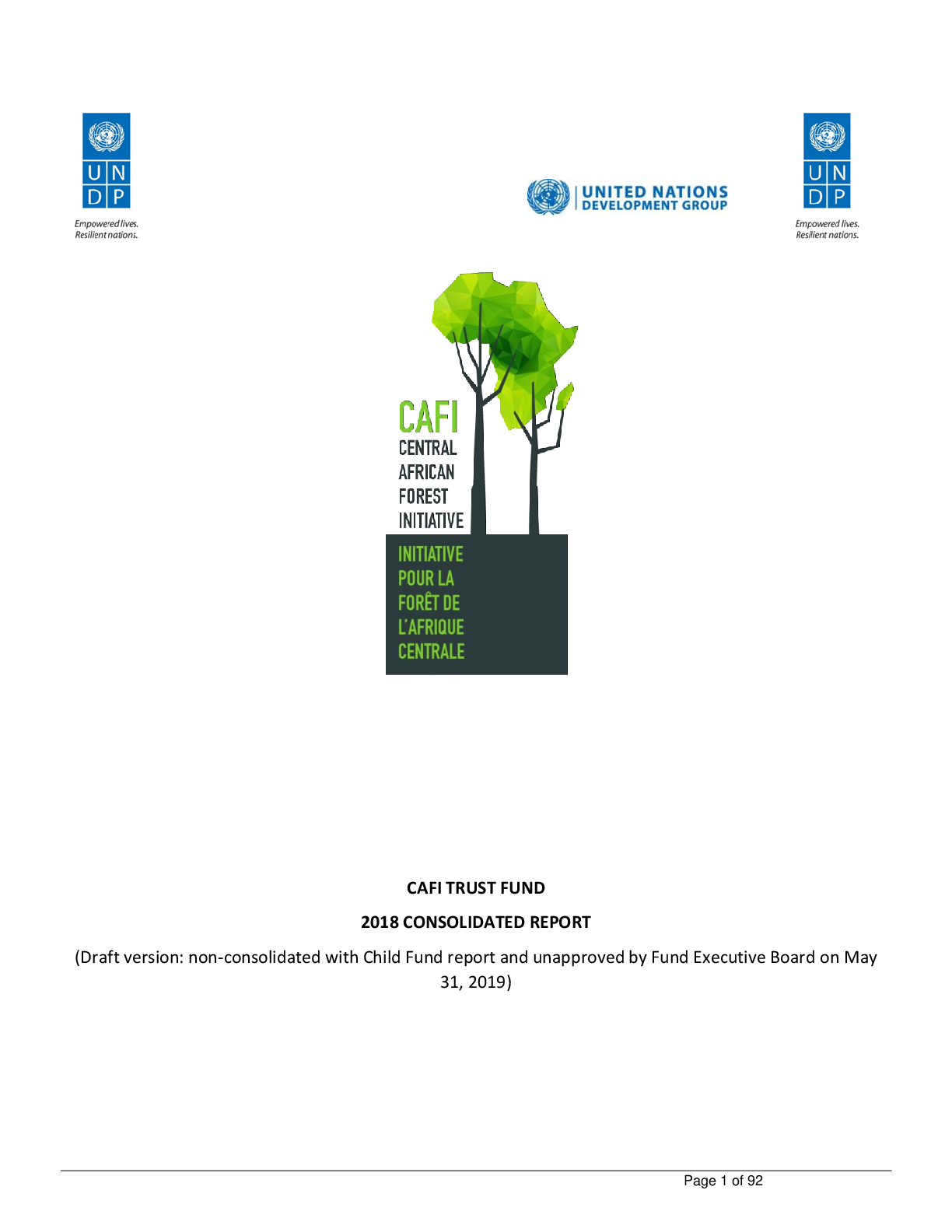 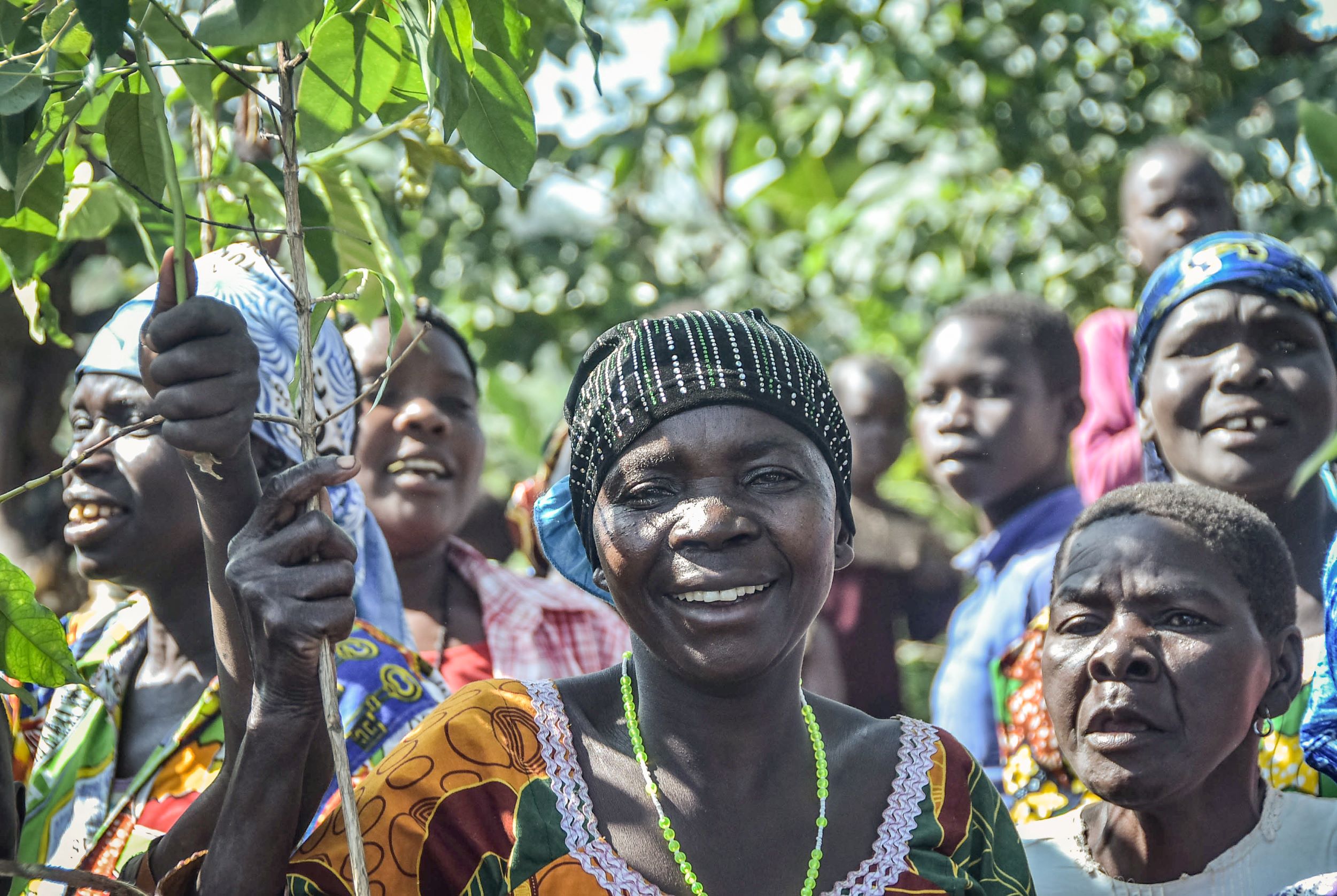 EU joins CAFI for the future of Central ... 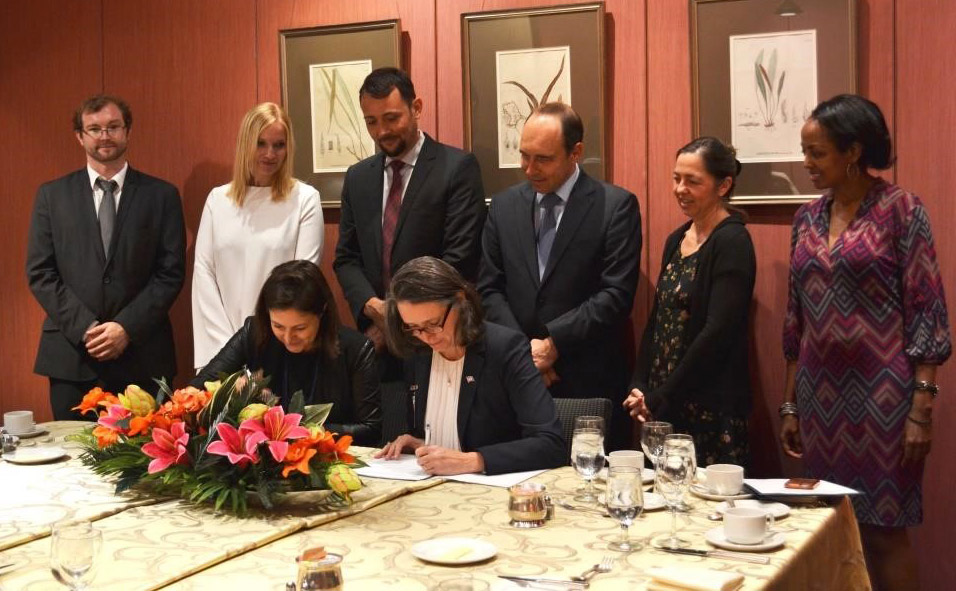 US$200 Million Agreement signed between ... 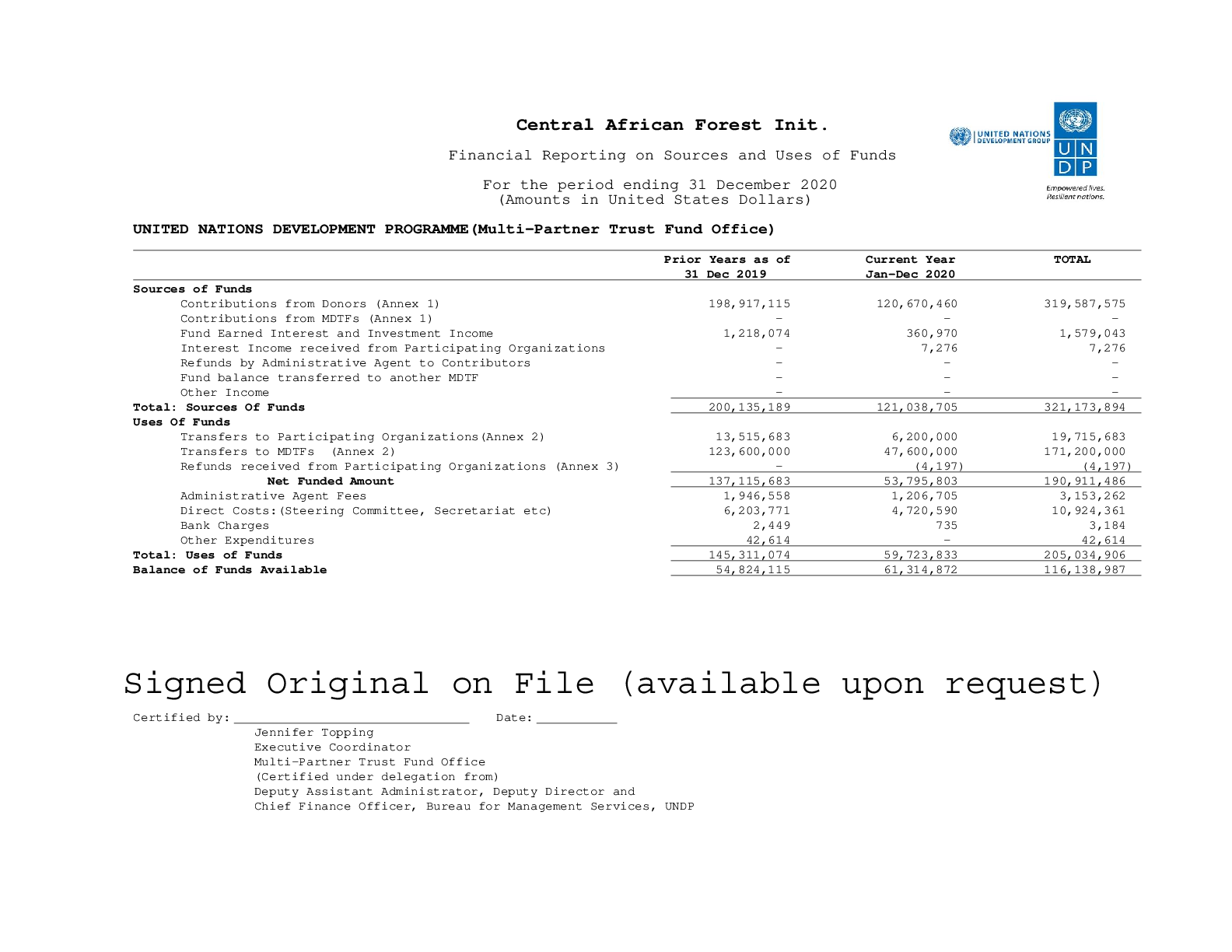 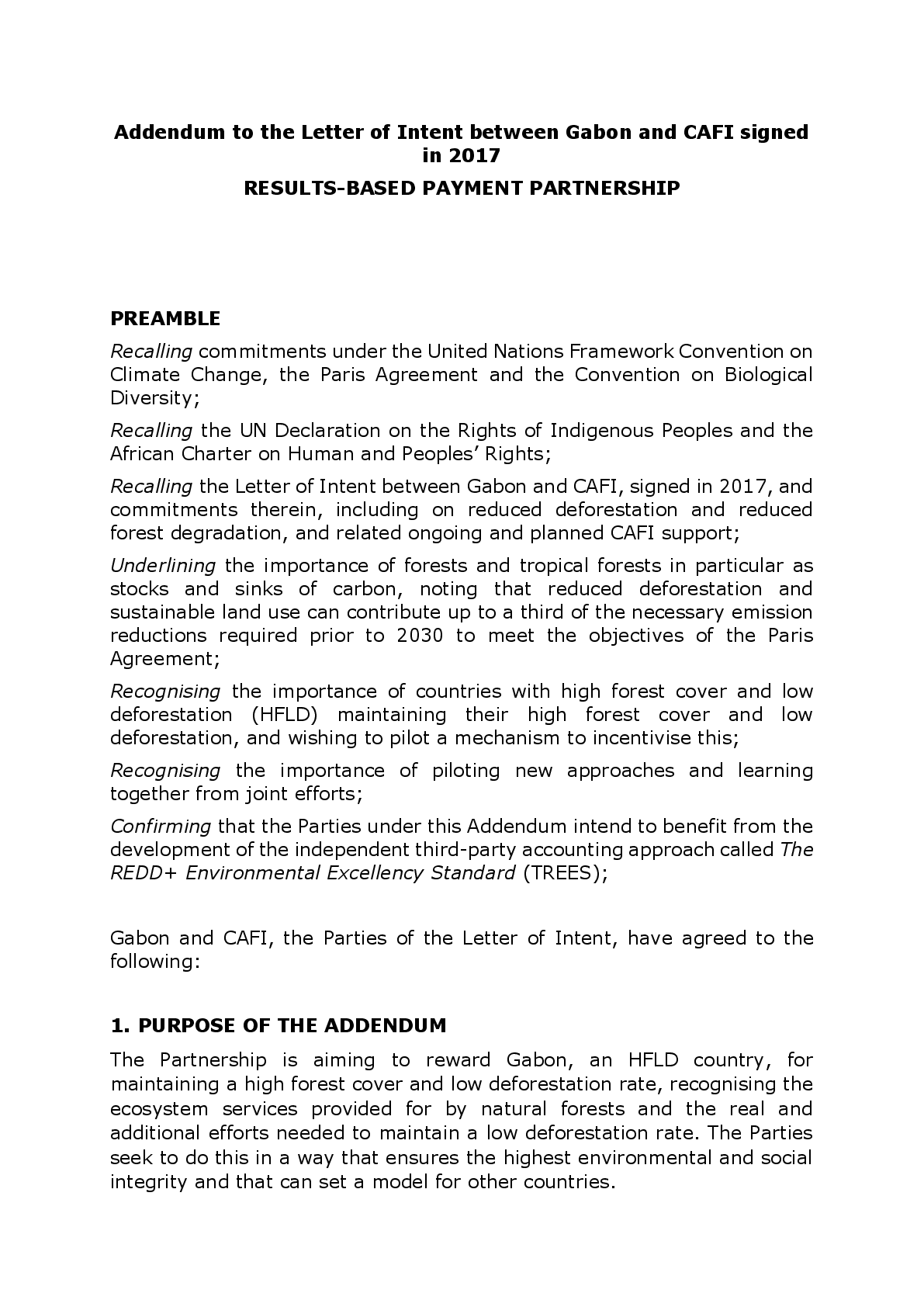 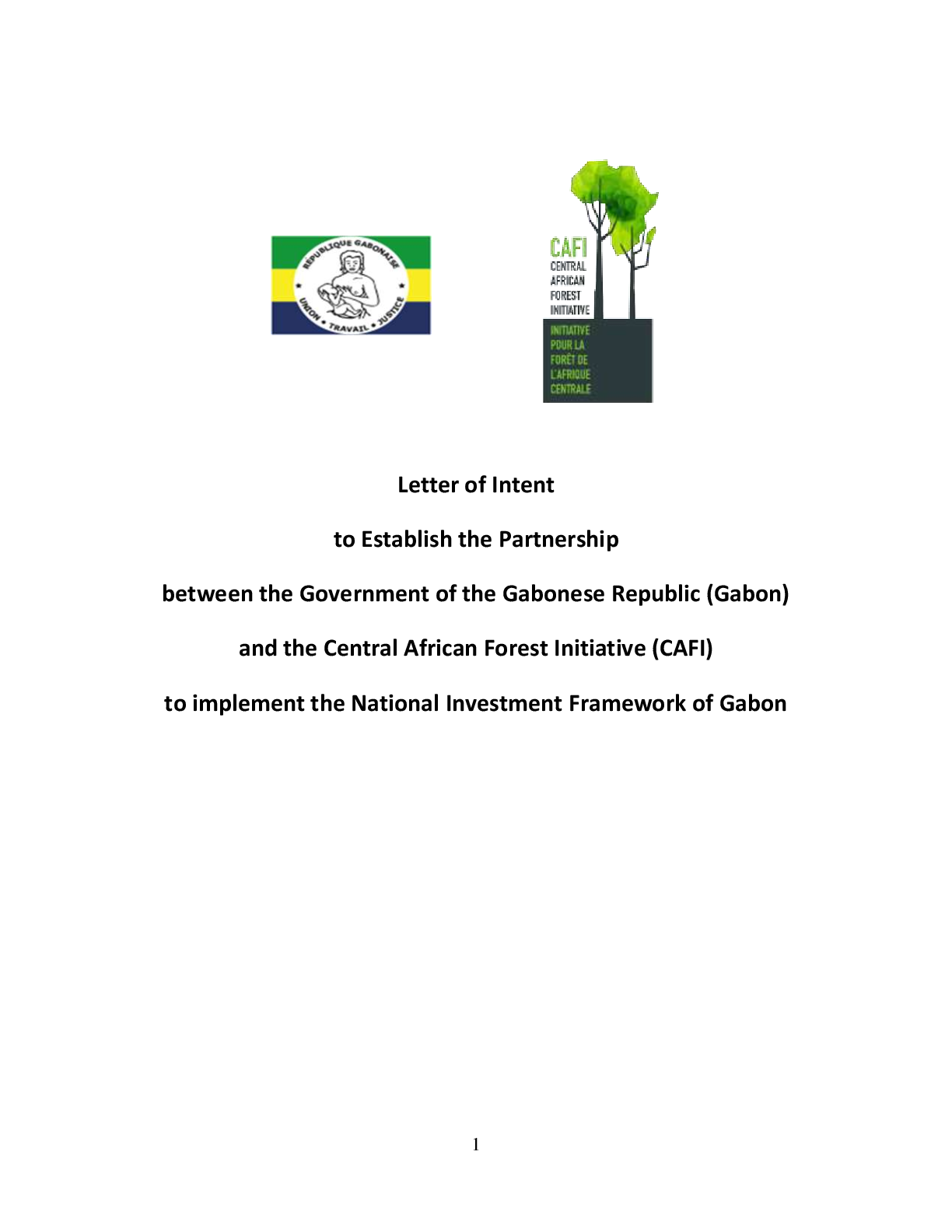 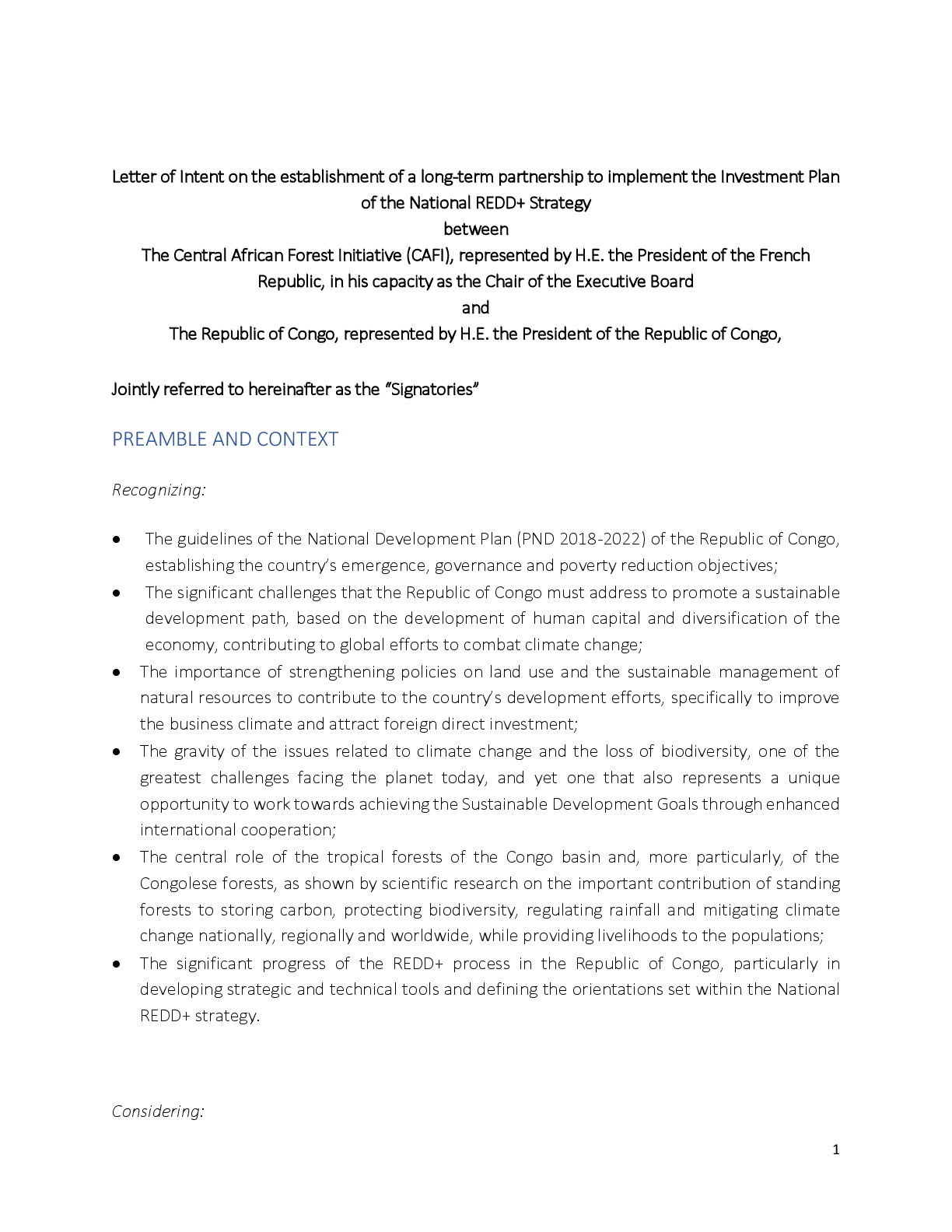